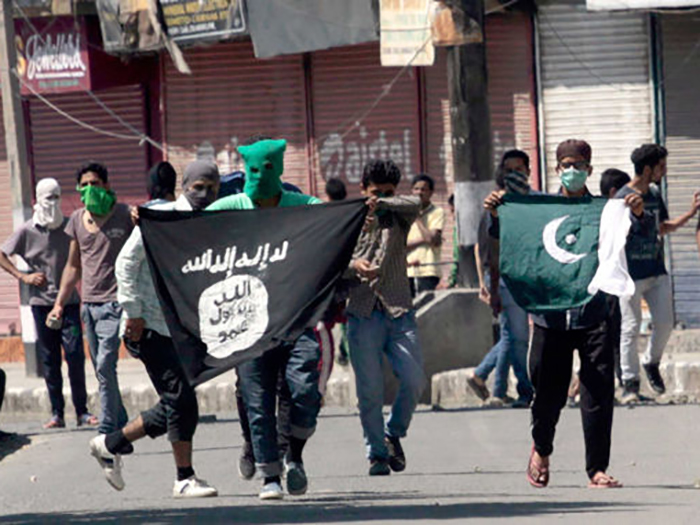 Iranian Intelligence Minister Seyyed Mahmoud Alavi says the ISIS terrorist group is seeking to dominate new regions like Afghanistan, Pakistan and Central Asia with the aim of restoring its caliphate which was uprooted in the Middle East.

In an address to a one-day conference in Tehran, dubbed “Terrorism, Extremism and Regional Security of West Asia”, Alavi said following its heavy defeats in the Middle East, ISIS is now seeking to impose its dominance on other regions like Afghanistan, Pakistan, and Central Asia with the aim of fulfilling its long-term goal of restoring its Islamic caliphate in the world.

“Religious extremism, regardless of its origin, leads to imprudent and abnormal moves including terrorism. We have witnessed the emergence of extremism in the guise of various religions over the past years,” he was quoted as saying by Tasnim News Agency on Tuesday.

He went on to say the Buddhism extremism in Myanmar has set the lives of Muslims ablaze. “We saw the same trend when a number of Christians were set ablaze by a priest. Extremism in the form of racist moves and Nazism in France and Germany has led to inappropriate and brutal behaviours.”

Alavi then outlined the history of terrorism and extremism in Islam and said extremism first emerged among Egypt’s Muslim Brotherhood and Saudi Arabia’s Wahhabism.

He cited occupation of Islamic countries as another cause contributing to the emergence of extremism. “During the last century, the West’s colonialist measures and occupation of Islamic states like Palestine, Afghanistan and Iraq humiliated many Islamic groups pushing them towards extremist retaliatory moves.”

The Iranian minister added when facing big powers which have imposed their will on the region, some Islamic groups begin to see themselves defenceless and come to the conclusion that there is no way out of their plight but resorting to violence.

Alavi then referred to the recent decision by US President Donald Trump to recognize Jerusalem al-Quds as Israel’s capital saying Trump announced that the decision should have been made 20 years ago “but the main question is: what has the US done during the past 20 years to prepare the grounds for the relocation of US embassy from Tel Aviv to al-Quds?”

He added over the past two decades the Zionist regime has been viewed as the main threat to the Islamic world. According to Alavi, the US’ support for the Zionist regime paved the way for the emergence of the extremist groups in the region.

“Though the terrorist groups have been uprooted in the region but we must remain vigilant because they are seeking to restore themselves in other parts of the world in new forms,” he added.

He underlined a moderate and logical account of religion will never lead to extremism and terrorism and said certain states in the region have built up their religious account on ethnicity and tribalism turning the region into a source of extremism.

Alavi called for distinguishing between religion and extremism and said the US and its allies have tried over the past years to push Islamic groups towards extremism.

“It is extremism rather than religion that is the main source of terrorism. The extremist groups have emerged following the humiliation of Muslims and occupation of their lands by the enemies of the Islamic world,” he noted.

Elsewhere in his address, the Iranian minister said the Takfiri groups are seeking to promote a misleading version of Islam.

“The enemies are trying to introduce the Islamic Revolution as a Shiite revolution with the aim of causing rift among the Shiite and Sunni populations and prevent the emergence of new uprisings against their hegemony on the Islamic world,” he said.

Alavi called for unity of the Islamic nations against the enemies and said fortunately today the Islamic world has managed to promote the true face of Islam and foil enemy plots to push the Muslim youths towards terrorism.