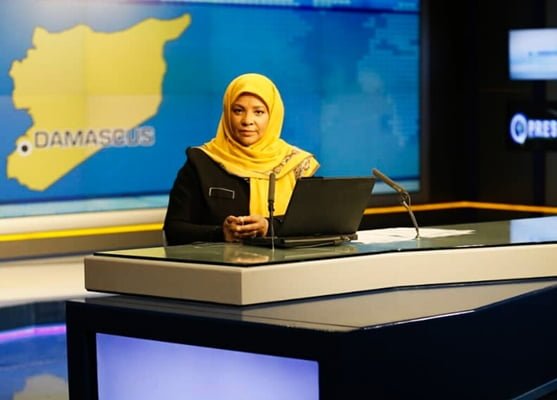 A little over a week into the arrest of the senior journalist working for Iran’s Press TV, the case has become a big controversy shrouded in mystery.

On January 16, Iranians were shocked to know that the US-born anchorwoman Marzieh Hashemi had been detained in the US three days earlier.

The 59-years-old widow was arrested by the FBI on January 13 at St Louis airport after visiting relatives in the New Orleans and just before boarding a plan to see her sick brother in Denver.

But it took days for the case to be publicised, as her family had been kept in dark and had no idea what had happened to their beloved one.

While the case grabbed headlines in international media, nothing was known about the reason for her confinement.

Her daughter, Sarah, who was eventually contacted by Marzieh on January 15, quoted her as saying that she was being treated disrespectfully by the US police.

They had handcuffed and shackled her, removed her hijab, and offered her only pork as a meal, which is banned under Islam.

Marzieh was suffering the same US discrimination against women, Muslims and African-Americans she had been trying to expose for decades.

Further fueling suspicions and outrage, American officials did not confirm her detention until January 18.

On the day, a US federal judge formally announced the confinement in a statement, saying she is not accused of a crime, but her testimony is required over an unspecified case in Washington.

The statement said Hashemi was arrested on “a material arrest warrant” and will be released after the completion of her testimony to a jury investigating unspecified “violations of US criminal law.”

The statement did not elaborate further, refusing to mention what judge ordered the arrest and on what alleged evidence.

Material witness warrants are used to arrest potential witnesses or suspects after the 9/11 terrorist attacks, to ensure that people with knowledge of others’ crimes are available to testify, especially those with a perceived flight risk.

But Hashemi’s family said she had not been contacted by the FBI before she was detained and she would have been absolutely willing to cooperate with the agency.

Moreover, such warrants appear to be unconstitutional and illegal, according to law experts.

Ricardo Bascuas, a professor at the University of Miami School of Law, has said the US government uses such tactics when it needs a reason to arrest somebody but it doesn’t have one.

According to a Washington Post report, material witness warrants are rare, with the US courts’ records indicating only two such cases were filed last year. 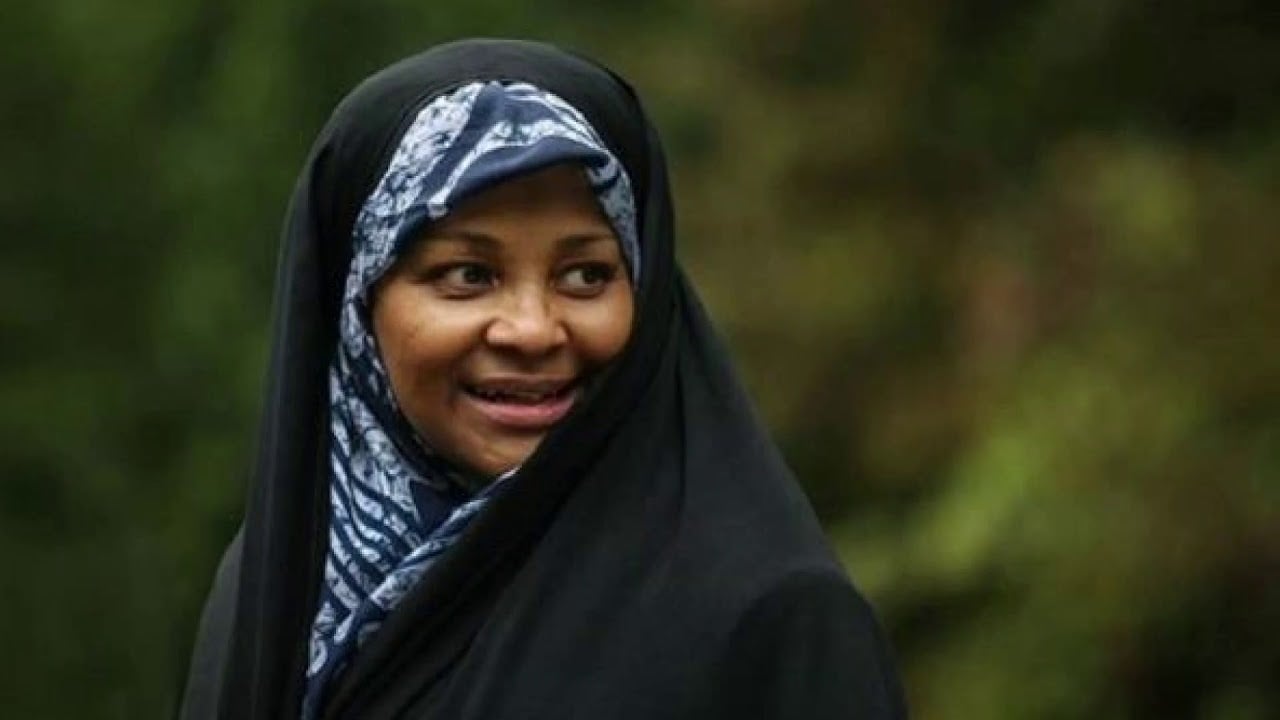 Following the storm of controversy over Hashemi’s detention, a US official hinted the Justice Department was behind the case.

The unnamed official told Reuters on Saturday that a US grand jury was investigating Press TV itself over charges that the station was a “propaganda outlet” and should have been registered with the Justice Department as an agent of a foreign government.

Perhaps, Hashemi, who had filmed a Black Lives Matter documentary in St Louis, was taken in for questioning in connection with the foreign registration case against Press TV.

If the channel Hashemi was working for is found to be violating the US law, Hashemi herself could face prosecution for filming a documentary in the US for the station.

On Sunday, Peyman Jebelli, CEO of IRIB World Service and the head of Press TV, responded by arguing that Press TV did not need to register in the US.

Jebelli said, “Our activities are conducted through social media and limited satellite broadcast. Why should we register Press TV with the US Department of Justice? Do all outlets with international broadcasting register in all countries?” he said.

In a similar case in late 2017, Russia’s RT was forced to register as a foreign agent in the US, after a registration case filed by the US Justice Department was about to put the channel’s US bureau at risk of blockage.

It’s unclear how Press TV would react to such a court case, as it holds no office in the US.

Even if the channel wants to register its name with the DoJ, it might not be able to do as Iran is subject to heavy US sanctions.

Anyway, assuming the US DoJ is behind the unusual case, why has it decided to act now?

Press TV was founded in 2007, and Hashemi has been working for the channel since its launch.

According to her family, Hashemi used to travel to her homeland once a year to visit her relatives, usually working on documentaries as well.

Undoubtedly, something has changed, and that change could be the Trump administration.

Hashemi’s arrest comes following two years of deteriorating relations between Iran and the US, in the wake of Washington’s stepped-up pressure campaign against Tehran.

The incident came right after the news came out that Iran has arrested another American citizen.

On January 9, Iran confirmed it is holding ex-US sailor Michael White at a prison.

White, who had traveled to Iran for what his relatives claim was visiting a “girlfriend” in Iran’s holy city of Mashhad, was arrested in July over espionage charges.

White is the fifth American known to be held by Iran on such charges, and the first to be arrested during Trump’s tenure.

Trump could have seen the arrest of White unhealthy for his credit, seeking a tit-for-tat move or something.

To get a better grasp of Trump’s style of politics, one would only have to look at his decision to postpone House Speaker Nancy Pelosi’s upcoming trip to Brussels and Afghanistan in return for her move to postpone Trump’s 2019 State of the Union address to the Congress.

During his 2016 electoral campaigns and after taking power in the US, Trump had mocked his predecessor Barack Obama for being “too soft” on Iran.

Famously, he once threatened Iranian boats would be “shot out of the water” if they inappropriately approach US warships in the Persian Gulf during his presidency.

Since coming to power, Trump has bragged about his achievements on Iran, claiming his strong-arm tactics have pushed Iran not to threaten US interests in the Persian Gulf, among other interests.

A clear hint about Trump’s approach towards the case could be found in remarks by unidentified US officials in interviews with CBS News earlier this month.

The US-based outlet reported on January 9, four days before Hashemi’s arrest and on the same day Iran publicised the detention of White, that it has learned “Iran floated the idea of a prisoner exchange last year”.

The outlet reported US State Department officials “have not said whether the Trump administration is willing to negotiate”, noting that contact between the two countries was cut off after Trump withdrew from the 2015 nuclear deal in May.

The outlet quoted US sources as saying that they believe Iran is holding the Americans to try to get concessions, pointing as an example to a prisoner exchange deal with Trump’s predecessor Barack Obama.

However, this time the agency claimed it was the Trump administration who had offered Iran to discuss prisoners last year, contradicting its own narrative.

“A senior administrative official told CBS News Iran turned that offer down, leaving the fate of the Americans unclear,” it said.

Hashemi, a familiar face on the Iranian television, could be a valuable hostage for Trump.

Marzieh is a person Trump has every reason to hate: An African-American Muslim woman who works as a journalist for Iran.

Interestingly, the way she was arrested is Trump-style: unpredictable, unmannerly, and illogical!

Has Hashemi been detained on spurious grounds to serve as a bargaining chip in talks with Iran, as Trump might believe?

If so, we ought not hope she will return home anytime soon.

However, the case would most likely turn out to be a PR victory for Iran, as the global public opinion is not a fan of Trump and his childish games.

It remains to be seen if Hashemi has fell in the crossfire of Iran-US tensions.

Perhaps more information will be revealed on Wednesday, when another hearing session on the case will be held.