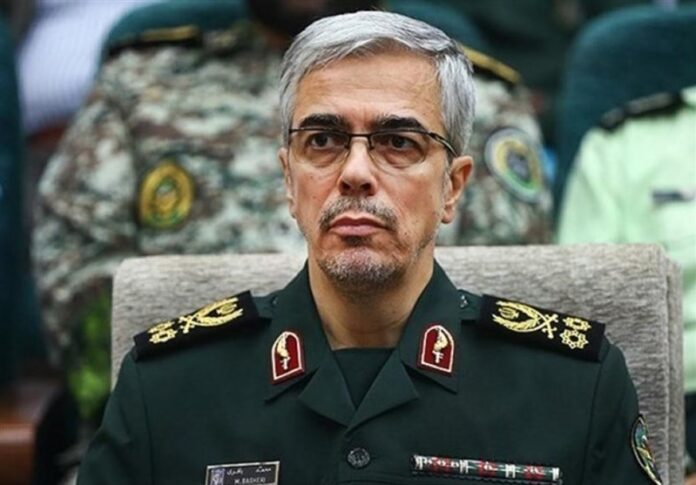 A senior Iranian commander says Iran’s Islamic Revolution Guards Corps (IRGC) has so much leverage today that it has enraged and even humiliated the United States.

“Today, the IRGC has reached such a level of power and strategic influence that it has extremely enraged, and even in breathtaking face-to-face conflicts, humiliated and brought to their knees the camp of enemies of the revolution, especially the terrorist and arrogant US regime,” said Major General Mohammad Baqeri, the chairman of the General Staff of the Armed Forces.

He said the IRGC and other Armed Forces units are working hand in hand to ensure lasting security and tranquility in the country and counter the “long line of enemies and grudges” against Iran.

The top general also referred to the role of IRGC troops in fighting the coronavirus outbreak.

“During difficult, dark, unknown and unclear, and sometimes harrowing crises, the IRGC has created key opportunities to further promote the revolution and boost the country’s progress, and to advance the ideals and dreams of the Iranian nation,” he added.

The top general noted that resistance is growing and the flames of wrath are fueled against hegemonic powers and Zionism, and the “flag of fight against the US” is raised in any geographical location.