IRGC Targets Terrorists in Syria in Revenge for Tehran Attacks 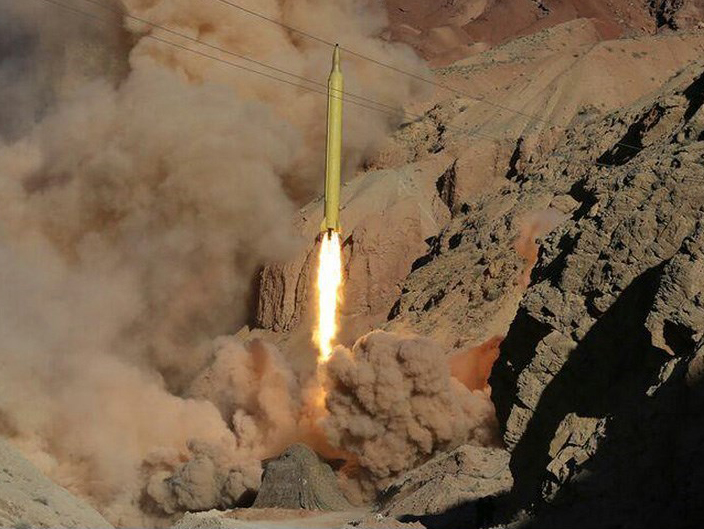 The Islamic Revolution Guards Corps (IRGC) has fired several mid-range missiles on the positions of Takfiri terrorists in Deir ez-Zor, eastern Syria, in retaliation for the recent terrorist attacks on Tehran.

Early reports indicate that several terrorists have been killed and their equipment and weapons destroyed following the missile attacks launched by the IRGC from bases in Iran’s western provinces of Kermanshah and Kordestan.

According to a Sunday statement by the IRGC’s Public Relations Department, the mid-range missiles targeted the centres of Takfiri gatherings and their command bases in Deir ez-Zor.

The IRGC said in the statement that the ‘crushing’ blow was in retaliation for the recent ISIS terrorist attacks on Tehran, which claimed the lives of at least 17 people and wounded over 45.

The Islamic Revolution Guards Corps also warned all Takfiri terrorists as well as their regional and ultra-regional supporters that they would receive even more devastating responses if they repeat their ‘satanic’ moves against Iran.