According to an IRGC statement, the tanker with 12 crew members was seized on Sunday, July 14, when it was going to deliver the contraband fuel it had received from Iranian smugglers to foreign vessels in distant areas.

The vessel could carry two million litres of fuel, but was carrying only half of its capacity, the statement added.

The IRGC naval forces seized the tanker based on a judicial decree, and as part of its efforts to counter organized smuggling of fuel in the Persian Gulf and the Strait of Hormuz, the statement said.

The IRGC also dismissed Western media reports that Iran has seized “another” tanker in the Persian Gulf in recent days.

A few days ago, the Associated Press claimed a small oil tanker from the United Arab Emirates travelling through the Strait of Hormuz had entered Iranian waters and turned off its tracker, leading the US to suspect Iran seized the vessel amid heightened tensions in the region.

The Panamanian-flagged Riah turned off its transponder late Saturday night but an Emirati official said it sent no distress call.

Back on Wednesday, Iranian Foreign Ministry Spokesman announced Iran has helped a foreign oil tanker in the Persian Gulf after picking up an SOS signal from the vessel, but it did not give more details about the vessel.

He said Iranian forces responded to the SOS call from the vessel in accordance with international regulations and hauled it to the Iranian waters where the tanker could undergo the necessary repair. 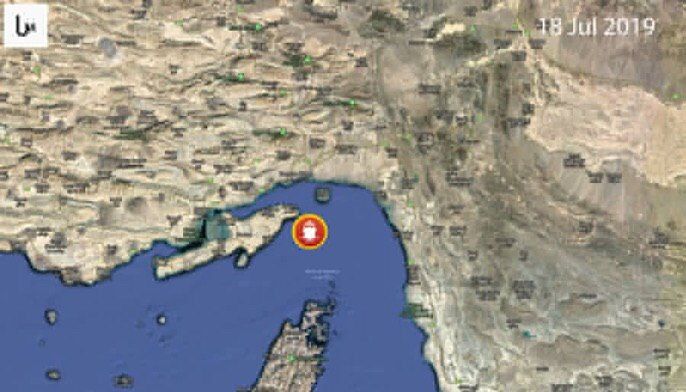