IRGC Makes US Jet Fighter Bomb Its Own Drone (+Video) 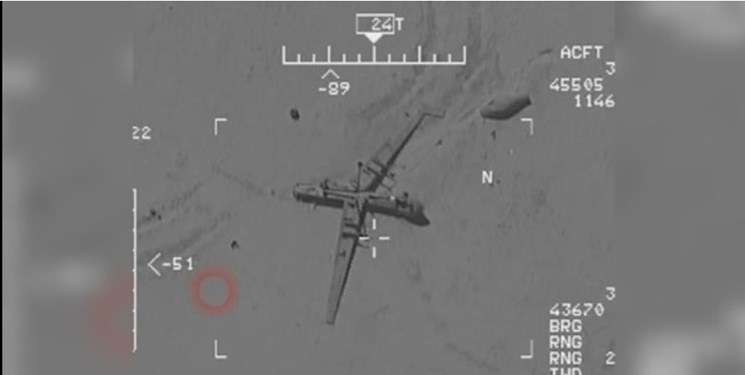 Iran’s Islamic Revolution Guards Corps says it has acquired footage that shows the US military bombs one of its own drones for fear that it might be seized by the IRGC.

That was announced by IRGC Aerospace Commanded Brigadier General Amir-Ali Hajizadeh in a Thursday ceremony held in Hamadan.

“Seven or eight aerial vehicles [belonging to the US-led coalition] with regular flights in Syria and Iraq were under our [intelligence] control; we could monitor their data, and managed to acquire their first-hand information,” Hajizadeh said, highlighting the IRGC’s influence in the two Arab states.

According to the top general, one of these drones was once forced to have an emergency landing due to a problem it faced during the flight.

As shown in a drone footage released by the IRGC, the drone was landed with great difficulty in a desert area 10 km from the US base.

However, the Americans did not dare to approach their own drone, and thus bombed and destroyed it with a jet fighter so that it is not seized by resistance forces.

The following footage captured by a second US drone has been released by the IRGC: