IRGC Denies US Claims about Naval Incident in Persian Gulf 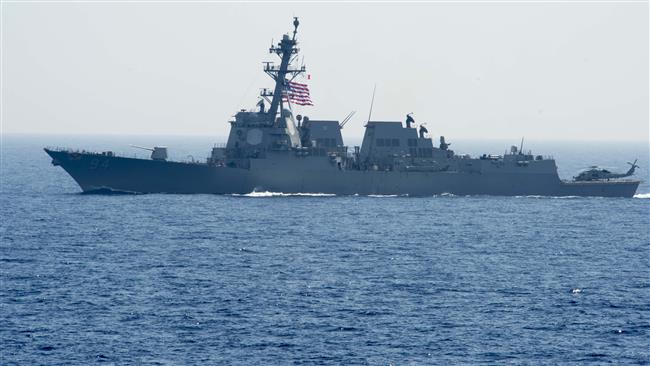 It steered out of the course approved for international naval transit in the Persian Gulf, coming within 550 meters (0.3 nautical miles) of IRGC vessels present there on duty, he added.

Hashemi made the remarks after Reuters cited a US official as saying on condition of anonymity on Monday that “a US Navy ship and three British Royal Navy boats were forced to change course when several Iranian fast-attack vessels approached them in the Strait of Hormuz on Saturday.”

The IRGC commander disputed the allegations leveled by the unnamed American official, saying he was “lying” about the incident.

Hashemi denounced the US navy ship’s move as “illegitimate,” adding that the presence of American and British vessels in the Persian Gulf “endangers the security of this strategic region, which provides a huge portion of the world’s energy.”

“Their unprofessional measures fan the flames of tension and insecurity and can lead to irreparable repercussions,” Hashemi asserted.

Security and lasting calm in the region would only come about if extra-regional powers, especially the US and Britain, end such presence in the waters, he concluded.

Iran has repeatedly warned that any act of transgression into Iran’s territorial waters would be met with an immediate and befitting response.

In January last year, Iran’s Navy arrested the crews of two US patrol boats that had trespassed on Iranian territorial waters. Iran released them after establishing that they had done so by mistake.