Iran to Defeat US Sanctions Like US-Backed 2009 Sedition: IRGC 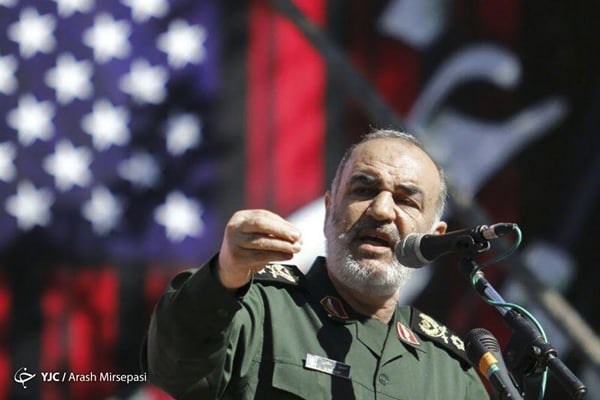 The lieutenant commander of the Islamic Revolution Guards Corps says the Iranian nation would foil the US plot of bringing Iran to its knees through imposing severe sanctions in the same way they defeated the US-backed plot in 2009 to topple the Islamic system.

Brigadier General Hossein Salami made the statement in a ceremony in Tehran on Sunday, which marked the anniversary of the pro-government rallies in 2009 that put an end to months of political turmoil and street protests over allegations of electoral fraud in presidential votes earlier that year.

General Salam said the 2009 unrest was designed to make Iranians disappointed with the 1979 revolution, and thus was more dangerous than the 1980s Iran-Iraq war.

However, the IRGC commander said, the Iranian people managed to overcome the big challenge, frustrating world powers with their biggest attempt to retake their control over Iran.

“[In 2009], the satanic coalition was determined to topple the system. But the Iranian nation buried the dream of the coalition comprising world powers, reactionary [regimes] in the region and their domestic allies,” he said.

Following the 2009 unrest, General Salami said, the US turned to sanctions to stop Iran, imposing harsh punitive measures under the pretext of nuclear allegations.

However, the IRGC commander said, the Iranian people would foil the new US plot as well, dismissing deceptive calls by the US for negotiations.

“The Iranian nation knows that negotiation means accepting the views of the enemies, so they won’t favour that,” he said.

“The Revolution kept progressing after the [2009] sedition. Although the sedition led to the imposition of sanctions, the Iranian nation will win this battle too,” he said.

The US has reimposed anti-Iran sanctions suspended under the nuclear deal in recent months, and it is working to push the world to cut trade with Iran and stop purchasing the country’s oil.

The US, which pulled out of the nuclear deal in May, has provided Iran with a list of 12 demands that must be capitulated for the sanctions to be removed.