None of Options on US Table Feasible: IRGC Chief 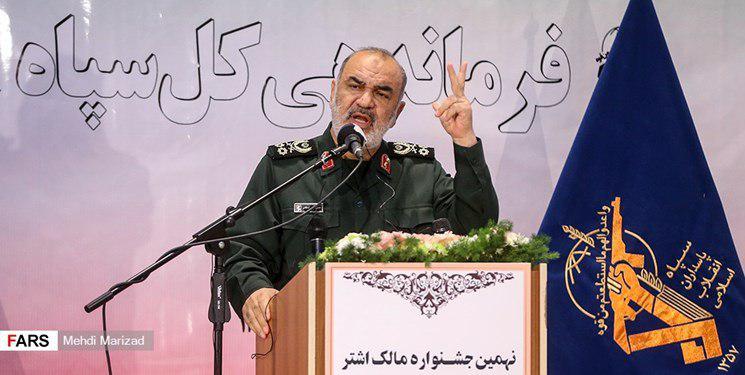 The Chief Commander of the Islamic Revolution Guards Corps (IRGC) says none of the options that the US is bragging about is practical because Washington does not have the means to do so and cannot meet the conditions to carry them out.

Major General Hossein Salami also added that the Americans have reached a stage that the more they spend, the less they can achieve, and it means they have failed.

“The problem is that their huge economic and military expenditure cannot turn into political gain,” he stressed in a Thursday meeting during his visit to Ardabil province in north-western Iran.

“The Islamic Revolution of Iran means great success and this has made us superior to our enemies, and as time goes on we are becoming more powerful while the US and [global] arrogance are getting weak.”

General Salami reiterated that today the power of the Islamic Republic of Iran has reached a level that the enemy is rapidly withdrawing wherever Iran shows up.

“Saudis and Israelis, who are the US allies, are disenchanted by America and know that in their difficult days the US will not be able to support them,” he concluded.