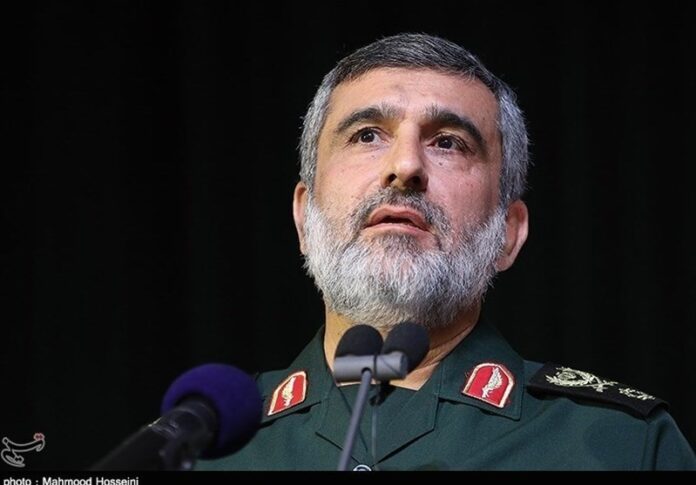 In a speech on Tuesday night, Brigadier General Hajizadeh highlighted the country’s progress in producing advanced missiles and said, “When it comes to Iran’s missile power, the enemies beg for negotiation with us because we have become powerful in this sector.”

He further rejected some American officials’ claims that the US has managed to  infiltrate Iran’s missile systems and disrupt them, saying, “It is a very big lie because if they make such a claim, they should tell us why they want to negotiate on this issue.”

The IRGC commander further said he believes that the US claims are nothing more than a lie and a great fiasco.

It came after The New York Times recently reported that the Trump White House has accelerated a secret American program to sabotage Iran’s missiles and rockets, according to current and former administration officials.

US government officials asked The Times to withhold some details of its reporting, mostly involving the identities of specific suppliers to the Iranian program, because the effort is continuing, the report said.

Back in February 2018, Leader of the Islamic Revolution Ayatollah Seyed Ali Khamenei called for efforts to maintain and boost Iran’s defense capabilities, hitting back at the enemies for disputing the country’s missile program.