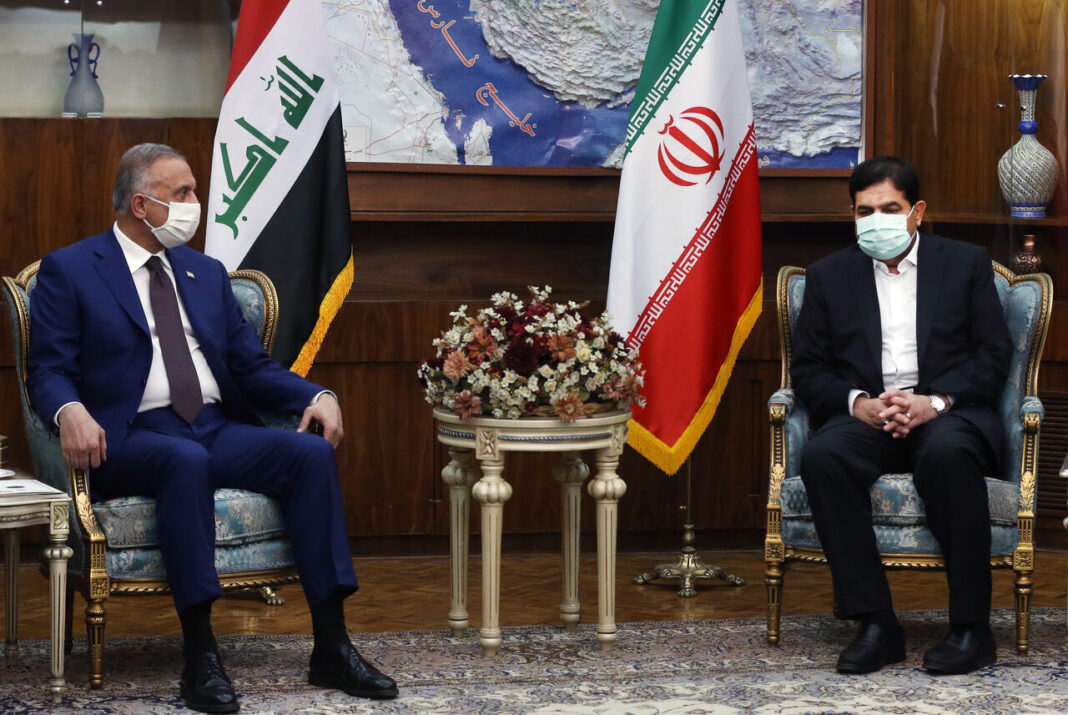 The announcement was made on Sunday after Kazemi’s meeting with Iran’s first vice president Mohamamd Mokhber in Tehran.

Kazemi said the visa quota for Iranians is 60 thousand due to the Covid pandemic, promising to increase the number given their eagerness for participation in the Arbaeen ceremonies.

Kazimi thanked Iran for standing by Iraq in the war on terrorist groups including Daesh.

He also said most US forces will leave Iraq by the end of this year.

Kazimi said Iraq needs Iran’s gas and electricity and that “we declare all doors of Iraq are open to Iranian companies”.

Mohamamd Mokhber, Iran’s First Vice President, also underlined the need to use the capacities and capabilities of the two countries, especially in the economic field, saying, “Tehran and Baghdad can boost their relations by relying on these capacities.”

He said Iran believes that foreign countries’ presence in the region is detrimental to West Asian nations.