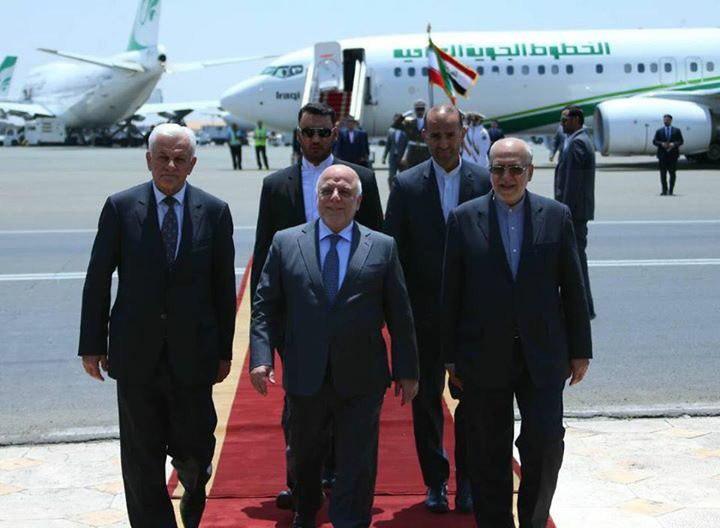 Heading a high-ranking delegation including five ministers of his cabinet, the Iraqi Premier arrived in capital Tehran and was welcomed by Iranian Minister of Industry, Mine, and Trade Mohammad Reza Nematzadeh at Mehrabad airport.

Before his visit to the Islamic Republic, the Iraqi PM held talks with Saudi officials in Jeddah. He is also slated to leave Tehran for Kuwait on the last leg of his three-nation regional tour.

Earlier, Iranian Ambassador to Iraq, Iraj Masjedi, said that Abadi’s visit to Tehran was on the agenda, but the recent developments in the region and the significance of relations between the two neighbouring countries were the reasons for which the visit is being made at this time.