An Iraqi delegation, including the Minister of Electricity, Minister of Youth and Sports and a representative of the Iraqi Ministry of Foreign Affairs, had earlier travelled to Tehran to discuss electricity imports.

The Iraqi Electricity Minister issued a statement on Monday announcing that his country’s delegation could not reach an agreement with Tehran to continue exporting electricity to Iraq.

According to Al-Fahdawi, after the Iranian side announced it could not resume electricity exports to Iraq through four lines of power transmission between the two countries, the Iraqi Electricity Ministry has set an alternative plan for importing electricity, i.e. importing power from Iran’s arch-rival Saudi Arabia.

The Electricity Ministry had previously said that due to an increase in the Iraqi debts to Iran, Tehran has cut off exports of electricity to the country.

The Iraqi government has more than $1 billion electricity debts to Iran, a report by Khabar Online said.

The Iraqi Electricity Ministry says the country needs 23,000 MW per day, of which the country can only produce 15,700 MW itself.

The protests in southern Iraq entered their second week on Monday, with rage erupted over the government’s inability to reduce unemployment and provide basic services.

Two people were killed in Basra on Sunday, following a gathering outside the governor’s office, while on Friday demonstrators stormed Najaf’s airport which led to cancellation of flights.

Iraqi counter-terrorism forces were sent across the capital Baghdad on Tuesday, as anti-government demonstrations continued into their second week over social problems and lack of basic services – including electricity.

Abadi promised on Tuesday to allocate funds for electricity and water in Basra, one of the key centres of dissatisfied citizens. 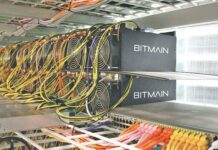