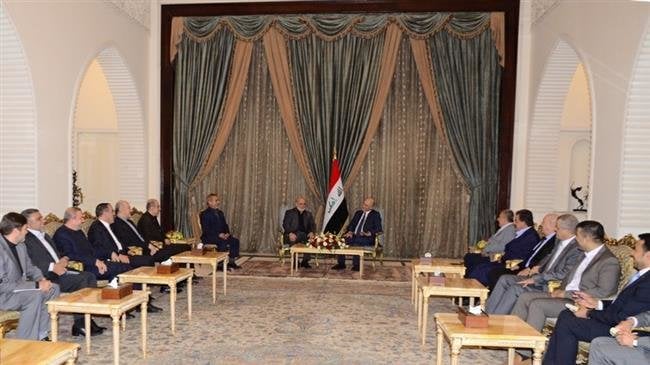 Iraqi President Barham Saleh has stressed the enhancement of relations with Iran, in his first remarks about the Islamic Republic since taking office as the president of the Republic of Iraq.

President Saleh met with Iran’s Ambassador to Baghdad Iraj Masjedi at the seat of the Iraqi presidency, the al-Salam Palace, in the capital on Sunday night.

During that meeting, Saleh pointed to the commonalities and the long-running relationship between the two nations and called for the deepening of bilateral ties.

Saleh said that in telephone conversations with regional leaders and in meetings with envoys from various countries, he had stressed the importance of deescalating tensions in the region and the enhancement of relations with Iran, according to Islamic Republic News Agency (IRNA).

The Iraqi president said the betterment of relations among the countries in the region would serve both Iraq and other regional states.

A group of Arab countries in the Persian Gulf have developed hostilities toward Iran. And Iraq considers itself to be the field of a proxy war between those regional governments and Tehran. Iran, for its part, has said it is involved in no such war, and on October 4, Iranian Foreign Minister Mohammad Javad Zarif once again extended a hand toward regional countries in spite of their hostilities.

The United States, under former president George W. Bush invaded Iraq in 2003, claiming that the then-Iraqi regime possessed weapons of mass destruction. No such weapons were ever found. And President Bush later called his decision to order the invasion of Iraq “an emotional one.” In a memoir published in 2010, he also claimed, “No one was more shocked and angry than I was when we didn’t find the weapons [of mass destruction].”

Despite the end of the occupation, and the tacit American expressions of guilt, Iraq continues to reel from the American invasion and years of occupation and the persisting insecurity that it has caused to this day.

Saleh, a Kurdish politician, was elected president at the Iraqi parliament on October 2. Parliamentary elections had been held earlier, in May.

Ambassador Masjedi congratulated President Saleh on his election in their Sunday meeting and affirmed the Iraqi president’s stance on the betterment of ties between Tehran and Baghdad.