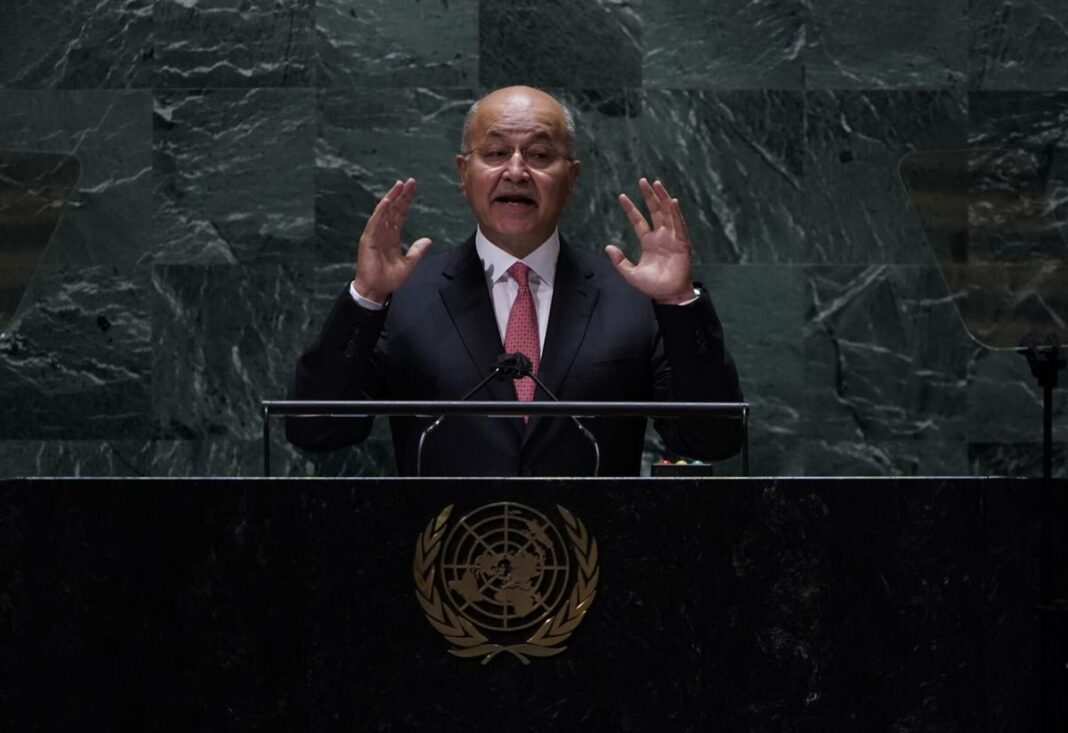 Iraqi President Barham Salih has praised the role of the neighboring countries in fighting terrorism and defeating Daesh.

“Iraq was able to liberate cities from ISIS (Daesh or ISIL) and protect the world from its crimes,” he told the Assembly’s 76th Session in New York on Thursday.

He valued the support that had been provided by “our neighbors and friends” in making the victory possible.

At Baghdad’s request, Iran began providing military advisory support for the Iraqi forces’ anti-Daesh operations in 2014, when the group emerged in the Arab country, starting its campaign of bloodshed and destruction.

This is not the first time that the Arab country expresses its gratitude towards the Islamic Republic over the assistance.

Salih also considered “the valor” of the Iraqi military and the Popular Mobilization Units (PMU), also known as Hashd al-Sha’abi, to have been instrumental in routing the group.

He also thanked the Iraqi religious authority in the holy city of Najaf for issuing the fatwa (religious decree) that led to formation of the PMU following Daesh’s rise.

The PMU, a predominantly-Shia Muslim counter-terrorism force, has been integrated into the Iraqi armed forces as one of its official branches owing to its contribution to the anti-terror struggle.
Meanwhile, the Iraqi chief executive turned to the issue of regional peace and the pivotal role that was played by Iraq, Palestine, Yemen, and Syria’s stability in realization of a peaceful region.

“It is not possible to establish peace in the region without acknowledging and fulfilling the full legitimate rights of the Palestinian people,” he noted.

“Peace in the region will not be achieved” without realization of security and stability in Iraq and restoration of the country’s full sovereignty.

Nor is it possible to establish peace in this part of the world “without acknowledging and fulfilling the full legitimate rights of the Palestinian people”.

It is time for a serious move to end the suffering of the Syrians, he further stated, and also identified continuation of the war in Yemen and its security and humanitarian repercussions as a cause for concern.