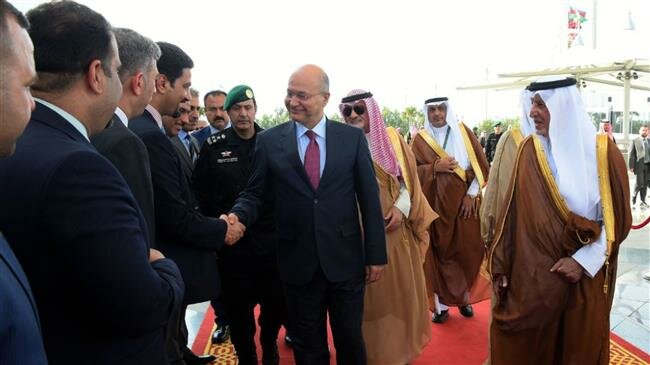 Iraq has opposed the final statement of an emergency meeting in Saudi Arabia, which condemned what it called Iran's "interference" in countries of the Middle East region.

A statement by the (Persian) Gulf Cooperation Council and the communiqué issued after a wider summit both underlined the rights of Saudi Arabia and the United Arab Emirates (UAE) to defend themselves against Tehran.

The statements mainly cited concerns about the recent sabotage attacks against several ships off the UAE.

Both Saudi and Emirati officials have blamed the mysterious “sabotage” attacks on Iran while Iran denies any involvement.

“The absence of a firm deterrent stance against Iranian behavior is what led to the escalation we see today,” King Salman told the two consecutive meetings late on Thursday night.

He also pointed to Iran’s ballistic missile and nuclear programs as sources of concern, and expressed concern about what he described as Iran’s threats to cripple global oil supplies by closing down the Strait of Hormuz in case the US seeks to zero out the Islamic Republic’s oil exports.

Iraq, however, which maintains close ties with neighboring Iran and has strong ties with Washington as well, objected to the communiqué, which required “non-interference in other countries” as a pre-condition for cooperation with Tehran.

Iraqi President Barham Salih asked the gathering to support his country’s stability, arguing that rising tensions with Iran could cause war. He voiced hope that Iran’s security would not be targeted.

“The Islamic Republic of Iran is a Muslim country that is a neighbor to Iraq and Arabs. It is certain that we do not wish the security of Iran to be targeted. We share a common border that is 1,400 km long and a long history and relations, and it is also certain that the security of a fellow Islamic country is in the interest of Arab and Islamic countries. The region needs stability based on a mechanism of joint security that guarantees non-interference in internal affairs and the rejection of violence and extremism,” he added.

The Mecca communiqué also said the Riyadh regime had all the rights to defend itself against retaliatory drone strikes by Yemen’s Houthi Ansarullah fighters, after a number of drones flew hundreds of kilometers into Saudi Arabia and targeted two of the kingdom’s oil pumping stations earlier this month.

The oil-rich kingdom also accused Tehran of ordering the drone strikes against its oil facilities.

Iran has vehemently denied both charges.