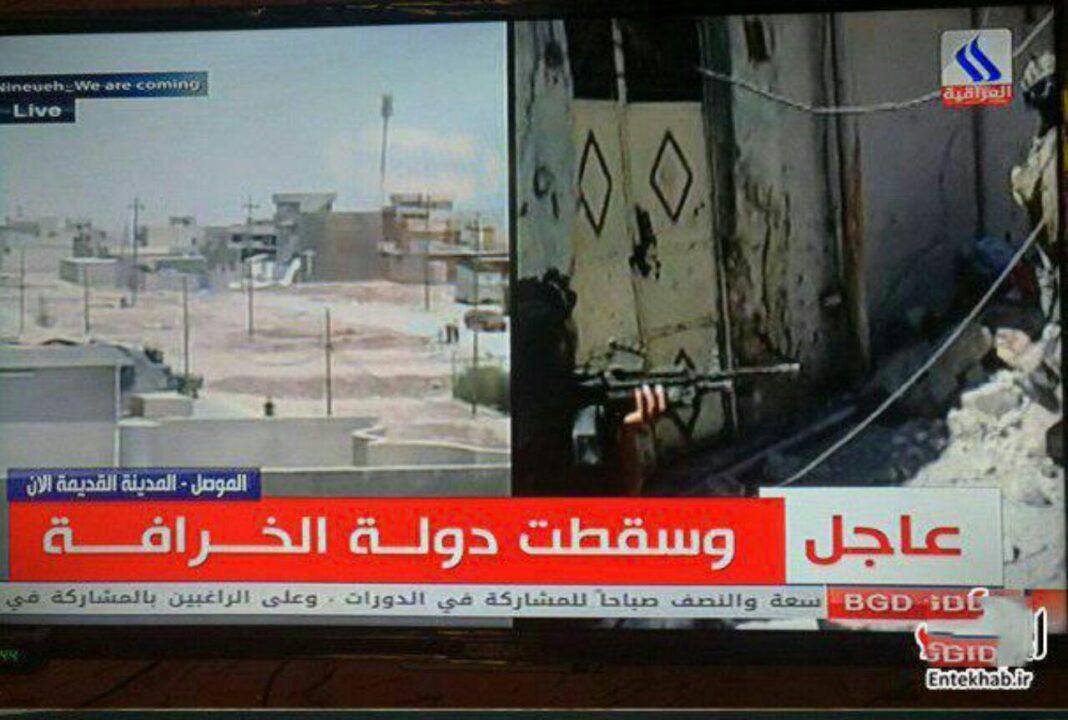 The liberation of Mosul was declared a few minutes after an Iraqi commander said Mosul’s landmark al-Nuri Mosque compound, which was blown up by the ISIS terrorist last week, has been retaken. The Great mosque of al-Nuri is the place where ISIS leader Abu Bakr al-Baghdadi proclaimed himself caliph three years ago.

The TV also said that the recapture of the mosque means Mosul, as the terror group’s command centre, has been liberated, while Iraqi forces are keeping up a mop-up operation to cleanse the city of remaining ISIS elements.

The Iraqi forces took control of eastern Mosul in January and launched the battle in the west on February 19.

Over 850,000 people have been displaced from Mosul ever since the battle to retake the city began. Around 200,000 civilians have also returned, mainly to the liberated areas of eastern Mosul.