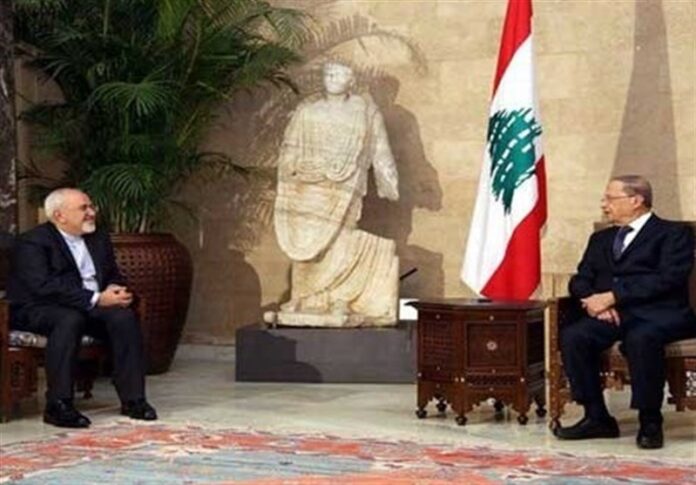 Speaking to reporters after the meeting on Monday, the Iranian foreign minister said steadfastness and resistance of the Lebanese people would lead to the defeat of the terrorists.

Zarif further said the Israeli regime is a threat to the Middle East, noting that Takfiri terrorists and the Zionist regime are the common enemies of Iran and Lebanon in the region.

“Iran and Lebanon have common enemies such as the Zionist regime as well as Takfiri and terrorist groups; however, beyond the common enemies, there are joint interests for stability and progress between the two countries and we have stood and will stand by the Lebanese people on both grounds,” he said, Press TV reported.

He added that Iran would always support Lebanon and is determined to improve cooperation with the country.

Zarif extended his congratulations to Aoun on his election as the new Lebanese president and said the country’s political achievement was a victory for all the Lebanese people.

The Iranian minister stressed that the two countries have many opportunities to expand political and economic relations, noting that Iran and Lebanon should make use of their common interests to promote stability and progress for the two countries.

“We are optimistic about the future of relations between Iran and Lebanon and these ties, which serve the interests of the two countries’ people and the entire region, are not harmful to any side,” he added.