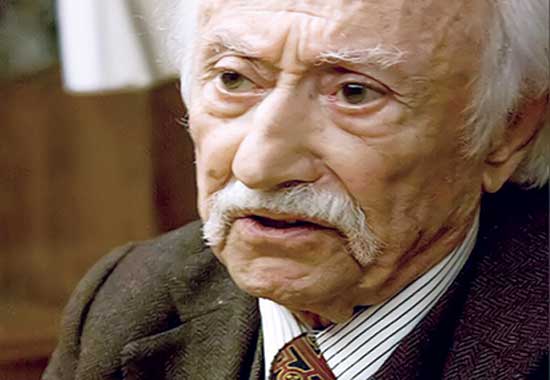 Nezam Ameri, Iranian veteran architect and the only Iranian student and companion of famous American master Frank Lloyd Wright, passed away at the age of 90.

Honar Online issued a report breaking the news about Nazem Ameri’s death, an old hand in architecture. Here is the translation by IFP:

Ameri, the paragon of Iran’s architecture was born in 1926. After finishing his primary education, he left the country to get his diploma in England, and later picked the US for higher education.

University of Kent, Ohio, was where Ameri grew fond of architecture and continued his higher education in this field.

He was a junior in the University of Kent when he first met Frank Lloyd Wright, the American architect, interior designer, writer, and educator, who designed more than 1,000 structures.

Ameri made every effort to finish his university education one year earlier to join Wright’s School of Arts as quickly as possible.

Ameri once said that Wright did not have any academic degree! Yet he was in the vanguard of architecture arena.

Wright disregarded all the academic papers Ameri had authored through years, and delved into the interview right away.

“Being successful in an interview with an 85-year-old architecture was an onerous job,” Ameri once noted.

He passed the interview and became Frank Wright’s apprentice. After two years of concerted efforts, Ameri finally earned Wright’s trust, to the extent that the American architect used Ameri’s help to design Guggenheim museum, New York City, and proudly introduced him as his representative in the Middle East.

One year prior to the 1979 Islamic Revolution in Iran, he came back to London and designed Chelsea art galleries, which was given the title “Architectural Jewels” by Art Review Magazine.

Nezam Ameri, Iranian pioneering architecture, took part in the designing of such buildings as Bahman cinema and Pars and Sina hospitals, and established an architecture office in Tehran to implement more than 90 projects for his country before he passed away.