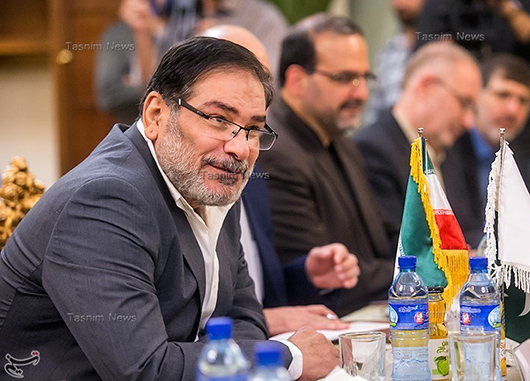 “Continuation of providing services to the people of the region by India’s government and eliminating the people’s feeling of discrimination and deprivation compared to other Indian citizens can be decisive in creating sustainable security in Kashmir,” Shamkhani said Saturday in a meeting in New Delhi with the South Asian country’s National Security Adviser Ajit Doval.

He underlined the need for New Delhi to exercise self-restraint in the face of the recent events in Indian-administered Kashmir.

Clashes in Kashmir erupted on July 9, when thousands of protesters thronged streets in towns across the restive region to condemn the death of a popular secessionist leader at the hands of Indian security forces.

The violence has been among the worst in the region in years. Indian forces have shot dead tens of people since July 9, while thousands of others have been injured.

Security forces have been accused of using disproportionate force against civilians, a charge the state government has vowed to investigate.

Kashmir is divided between India and Pakistan, and Indian-administered Kashmir has long been troubled, plagued by the aftershocks of an armed insurgency born in the late 1980s.

Elsewhere in his remarks in the Saturday meeting, Shamkhani called for reviving joint collaborations between Iran, India and Russia on regional security, especially in the fight against terrorism and helping to enhance security and stability in Afghanistan.

He also described his Friday meeting with Indian Prime Minister Narendra Modi as a “very positive and constructive” one promising new bright horizons in the bilateral ties between Tehran and New Delhi.

Doval, for his part, highlighted the cultural commonalities between the two countries and the capacities for bilateral cooperation in cyberspace, saying India is ready for establishing strategic ties with Iran in the two areas.