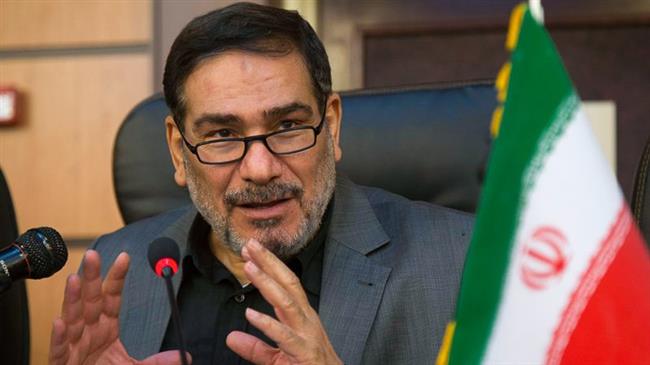 A senior Iranian official has lashed out at the United States for taking an "illegal" action in moving its embassy in Israel from Tel Aviv to Jerusalem al-Quds, saying US President Donald Trump has become the epitome of anarchism and violence in the international scene.

“Trump has turned into the symbol of anarchism and increasing violence on the international scene with his strategic mistakes in supporting terrorism, breaching the JCPOA (the landmark 2015 nuclear agreement, officially known as the Joint Comprehensive Plan of Action, signed between Iran and the major world powers) and other international pacts as well as violating the Palestinian people’s rights,” Secretary of Iran’s Supreme National Security Council (SNSC) Ali Shamkhani said on Monday.

The US declared on Monday afternoon the opening of its embassy in Jerusalem al-Quds despite a global outcry and the Palestinian people’s anger over the controversial decision.

Hours before the inauguration, Israeli troops opened fire on Palestinians who have gathered near a Gaza fence for the climax of a six-week demonstration. According to Gaza health officials, at least 41 Palestinians, including children and teenagers, have been shot dead and hundreds have been wounded by Israeli snipers who are positioned along the fence, facing the protesters.

Trump’s daughter, Ivanka, arrived in Jerusalem al-Quds on Sunday to open the new US embassy in Israel.

Speaking to reporters, the US president’s daughter said she had “great joy” in going back to Jerusalem al-Quds, which Trump recognized as Israel’s new capital last December amid international uproar.

Shamkhani further said the transfer of the illegitimate Israeli regime’s capital to Jerusalem al-Quds would strengthen the Muslim world’s resolve to defend the Palestinian cause and would lead to adverse consequences for the orchestrators of the plot.

He emphasized that the catastrophic measure would reinforce coherence and unity among Muslims across the world and accelerate the Israeli regime’s annihilation.

The SNSC secretary held the Israeli regime and US accountable for instability and insecurity of such “unwise” measures given the security and political consequences of any decision about al-Quds.

He said al-Quds is an inseparable part of Palestine, stressing that only residents of this land must make decisions about its future.

“No country can make a decision for this Muslim country by overlooking the absolute rights of the Palestinian people,” Shamkhani pointed out.

In a speech at the White House in December 2017, Trump officially declared the disputed city of Jerusalem al-Quds as Israel’s capital, despite warnings from around the world that the measure risks triggering a fresh wave of violence in the Middle East.

Trump said, “I have determined that it is time to officially recognize Jerusalem as the capital of Israel. While previous presidents have made this a major campaign promise, they failed to deliver. Today, I am delivering.”