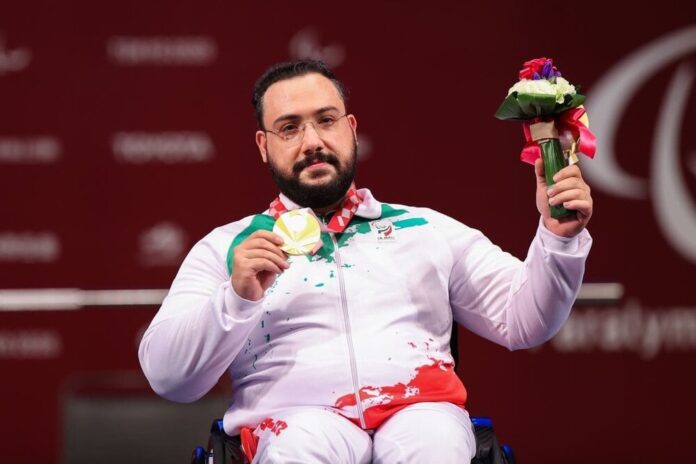 Iranian powerlifter, Ruhollah Rostami, has picked up the first Paralympic gold for the Islamic Republic at the Tokyo 2020 Games.

On Saturday evening, Ruhollah Rostami managed to claim the first gold medal of the Iranian convoy by lifting 234 kilograms.

The men’s – 80 kg weightlifting competitions were held at the Tokyo Forum weightlifting hall, with Ruhollah Rostami competing against his opponents from China, Ukraine, Greece, Georgia, Colombia, Italy and Brazil.

According to the officials, the world record of -89 kg belongs to Ruhollah Rostami. He had earlier lifted 241 kg in an international tournament.

The 32-year-old’s first lift of 225kg was enough to win Iran’s first gold in Tokyo. Xiaofei Gu from China seized the silver medal, and bronze went to Mohamed Elelfat from Egypt.

In his second attempt Rostami lifted 224 kg. Sure about his Gold, he impressed the viewers by lifting 238 kg in his third try.

The Paralympic record in this category is held by an Iranian as well. Majid Farzin set a record by lifting 240 kg in the Rio 2016 Paralympics.

Rostami will add this Gold to the silver medal he won in London 2012 in the -67.5kg class.