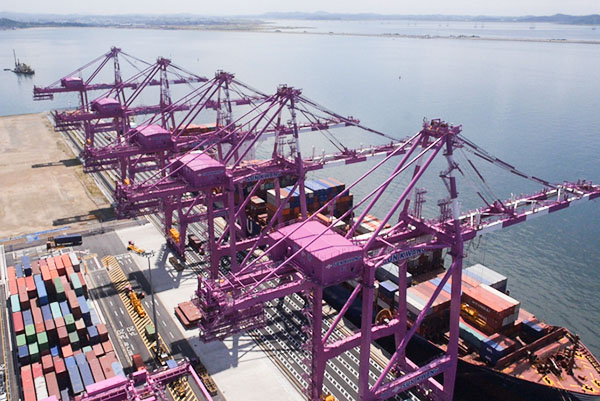 Iranian President Hassan Rouhani has highlighted his administration’s success in boosting the export of non-oil products, the income from which has exceeded the value of imports for the first time over the past 60 years.

“Finally after 60 years, our non-oil exports outpaced our imports under this administration. It was unprecedented during 60 years, since the government of late Mosaddegh until now,” President Rouhani said in a meeting with the top managers of Iranian news agencies and media outlets on Tuesday.

The president said his administration’s performance in 2016 was so great that Iran achieved the highest economic growth rate in the world.

He also unveiled plans to increase the country’s total power generation capacity by 20,000 Megawatts until the end of his administration.

The president finally pointed to his administration’s projects in the water industry, saying over 50 dams will have been inaugurated across the country by the end of the administration’s term.