Iran’s President Blasts US for Stoking Insecurity in Region 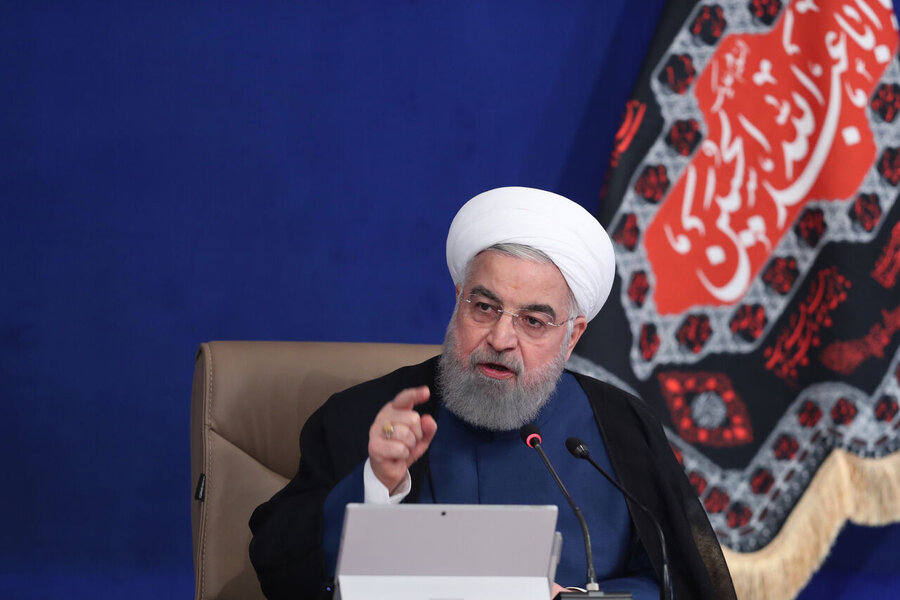 Iranian President Hassan Rouhani has lashed out at the White House leaders for fomenting insecurity in the region.

President Rouhani made the comment in a Wednesday cabinet session, while referring to Washington’s destructive moves in the region.

“Look what they did to Afghanistan, and look what’s going on in this country, and see who is in control of its western and eastern parts,” he noted.

“Those who claimed to be fighting the ISIS terrorist group … see what they did? Can the US government say what success it has achieved in its foreign policy over the past four years,” he said.

President Rouhani said White House rulers have been defeated on all fronts. “They haven’t secured even one single success,” he said.

The president then congratulated Iranians as the UN arms embargo on Iran expires on Sunday, October 18

He said the unfair, 10-year ban will be removed despite US attempts to keep them in place.

President Rouhani said this achievement was one of the results of the 2015 Iran nuclear deal, officially known as the Joint Comprehensive Plan of Action (JCPOA).

“As of Sunday, we will be able to buy and sell weapons,” the president noted.