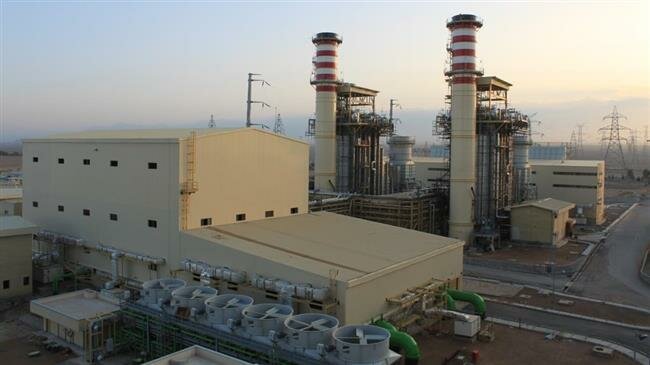 Iran next week will add 1,300 megawatts of new power capacity to its national grid which is under strain from runaway demand driven up by sizzling summer temperatures.

Several power plants will come on line, including in Heris in the northwest, Golgohar in Kerman, Shirvan in the northeast, Parand and Tarasht in Tehran and West Karun in the south, enabling Iran’s power storage capacity to withstand peak demand.

“We are trying to increase the country’s electricity production capacity over the next week in order to successfully pass the summer peak,” Managing Director of the Thermal Power Plants Holding Company (TPPHC) Mohsen Tarztalab said.

“According to plans, 1,300 megawatts of new power capacity will be connected to the national grid next week,” he said.

Grid-scale energy storage is essential because power is generally consumed at the instant of generation. Hence, total electricity generating capacity must be far higher than average consumption to cater for peak demand.

According to Iran Grid Management Company (IGMC), power consumption on Monday rose by more than 3,000 MW against the similar period last year to 55,977 MW.

Overall storage capacity on the day was reported at 85,000 megawatts, including 5,195 MW in renewable, it said.

Much of Iran’s electricity exports go to Iraq. The Arab country imports nearly 1,200 MW of power from Iran. It also imports gas from Iran to produce another 2,800 MW, Iraq’s Electricity Minister Luay al-Khateeb said in May.

The United States is fiercely opposed to the imports, but had to give a new 90-day extension for an Iran sanctions waiver this month, allowing Baghdad to import electricity and natural gas from Tehran.

Iraq has received one waiver after another since US sanctions on Iran went into effect in November, with Iraqi officials saying they have to continue the exports for at least three more years.

The Arab country is wary of the protests which hit Basra and other cities last year when Iran stopped supplying electricity. With the temperature already approaching 40°C, Iraqi leaders are the on the watch for new unrest.

In Iran, consumers have cranked up their air conditioners amid sizzling temperatures which have seen the mercury nearing 50 degrees Celsius in some cities.

Mostafa Rajabi Mashhadi, a spokesman for the Energy Ministry, said on Monday the government has started identifying bitcoin miners who are being blamed for an unprecedented surge in electricity use in some provinces.

“Identifying miners has its own methods that are on the agenda of the regional power distribution companies,” he said.

The low cost of electricity in Iran has reportedly attracted operators from around the world, including Armenia, France and Ukraine. Bitcoin miners are said to be basing their operations in locations with access to subsidized electricity, such as factories, agricultural sites, government offices and mosques.

Iran is one of the most energy-intensive countries of the world, with per capita energy consumption 15 times that of Japan and 10 times that of the European Union.

Also due to huge energy subsidies, the energy intensity in Iran is three times higher than global average and 2.5 times the Middle Eastern average.

Bitcoin mining requires large amounts of power because of the way its underlying system has been set up. In the process, high-powered computers are used to solve difficult math problems in competitions, with the users rewarded with bitcoins.

On Sunday, the Energy Ministry published a report on power consumption across the country, which put the central Semnan province in the red for the highest utilization rate.

As for power consumption, the small province reportedly dwarfed the vast southern province of Khuzestan which is currently coping with scorching temperatures.

Other most energy-intensive provinces were Qazvin, Markazi, Khorasan Razavi and the Iranian Kurdistan, the report said.

“The high consumption by cryptocurrency miners has led to some electricity supply instability and even damage to other electricity users,” Rajabi Mashhadi said.

“If the trend continues, those subscribers who are found to be making unauthorized electricity use will face legal action,” he added.