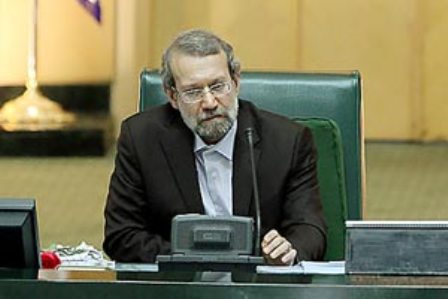 Speaker of Iran’s Parliament Ali Larijani referred to the “US robbery” of Iranian assets, and called on the Foreign Ministry to seriously pursue the issue in the International Court of Arbitration.

Addressing lawmakers in a parliamentary session on Tuesday, Larijani said the recent move by the US to seize nearly $2bn of Iran’s frozen property was against all international rules.

He further described it as an impudent move, similar to highway robbery, and expressed surprise over a bill passed by US Congressmen in this regard.

“More surprisingly, while such a ruling was not even feasible under the USA’s domestic regulations, Congress approved a bill on this particular case,” he added.

This is American democracy’s style of legislation, in which legislation is used for cruel regulations, Larijani went on to say.

“The USA’s impudence should not be left unanswered. The Foreign Ministry should take the American rulers’ scandal to the Hague-based International Court of Arbitration and strongly defend the rights of the Iranian nation.”