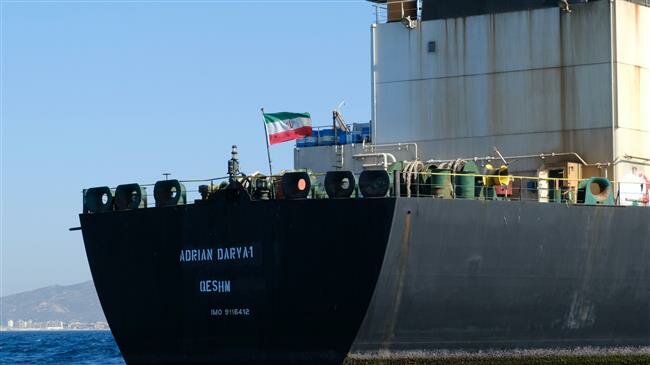 The spokesperson for Iran’s Foreign Ministry says the country’s supertanker ‘Adrian Darya-1’ has reached its destination and unloaded its cargo.

“We had already announced that we determine Adrian Darya’s destination,” he added.

Mousavi noted that the supertanker’s cargo has been sold on the sea and has been delivered at the destination.

The spokesman also noted that the case of a British oil tanker seized by the Iranian naval forces is in the final stages of judicial and legal processes.

On July 4, Britain’s naval forces unlawfully captured Iran’s oil tanker Grace 1 and its cargo in the Strait of Gibraltar under the pretext that it had been suspected of carrying crude to Syria in violation of the European Union’s unilateral sanctions against the Arab country. Tehran condemned London’s move as an act of piracy.

Gibraltar’s government later released the supertanker despite pressure from the US for the vessel’s continued detainment.

On July 19, the Islamic Revolution Guards Corps (IRGC) Navy captured Stena Impero, because the UK vessel had switched off its GPS locator, in contravention of international regulations, and was sailing into the Strait of Hormuz in a wrong traffic pattern.

The British tanker was entering the strait from the southern route which is an exit path, increasing the risk of an accident