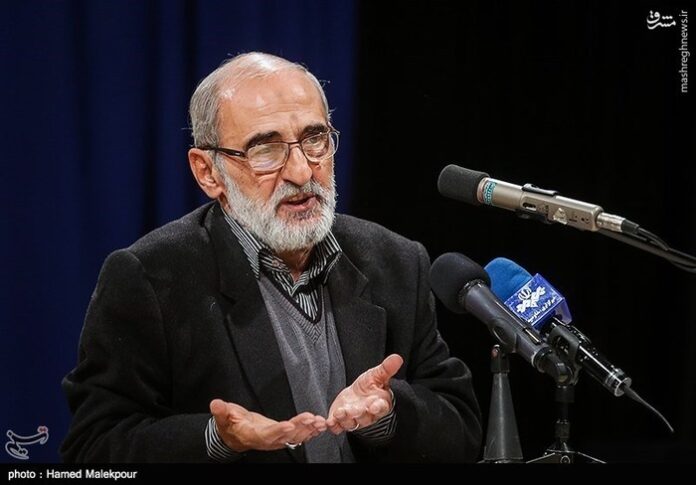 The managing editor of leading conservative newspaper Kayhan has reviewed the course of Iran’s nuclear talks with world powers, and highlighted the numerous mistakes made by Rouhani’s government and his nuclear team.

In an editorial published last week in Kayhan newspaper in Farsi, Hossein Shariatmadari, the veteran journalist, once again referred to the nuclear deal between Tehran and the Group 5+1 (Russia, China, the US, Britain, France, and Germany) as a ‘total damage’ and stressed that the country’s nuclear industry needs a new leader as the incumbent government is not able to push our nuclear energy program forward.

Shariatmadari criticized the Iranian nuclear negotiating team for ignoring the repeated warnings against reinventing the wheel [testing the West’s honesty once again], and stressed that a review of what happened in the past three years can prevent the recurrence of this ‘total damage’.

In a review of what happened in the course of JCPOA finalization, the veteran journalist referred to the Lausanne Statement or ‘Iran nuclear deal framework’ announced by Iran’s Foreign Minister Mohammad Javad Zarif and EU Foreign Policy Chief Federica Mogherini on April 2, 2015, and described it as a deal that prepared the grounds for dismantling Iran’s nuclear energy program.

“We in Kayhan believed that Iran had given up a saddled horse and was given a worn-out tether in return. Therefore, in our first issue after the Lausanne agreement, we used the headline ‘Win-Win Worked: Nuclear Industry Is Gone, Sanctions Will Remain’ and published an editorial entitled ‘Achievements or Losses?”

Here are parts of the editorial published on April 4, 2015, after the nuclear framework was signed, “Zarif and Araqchi, the members of Iran’s nuclear negotiating team, insisted until last moments before the announcement that what was going to be released was just a ‘joint press declaration. There is no need to mention that in legal terms, statement is a document whose articles are not binding, and if they are, it is no longer considered a declaration: it will be considered an ‘agreement’. However, once this so-called declaration was released, it was revealed that it includes obligations that are binding for Iran.”

“In the articles related to Iran, the expression ‘IRAN HAS AGREED TO’ was used; the question is, in what legal or political lexicon does ‘AGREED TO’ have any other meaning than an ‘agreement’? So why did you introduce this agreement as a ‘declaration’?” the 2015 editorial read.

Iran’s nuclear negotiators insisted that what announced in Lausanne back in April 2015 was just a DECLARATION and was not binding at all. While in the articles related to Iran, the expression ‘IRAN HAS AGREED TO’ was used. In what legal or political lexicon does ‘AGREED TO’ have any other meaning than an ‘agreement’?

Shariatmadari further referred to the speech delivered by President Hassan Rouhani after the Lausanne agreement – who said the country will be able to continue its nuclear Research & Development based on the framework – and emphasized, “It is not clear Rouhani’s statements were based on what justifications, because based on the deal, Iran’s Fordow cannot contain any centrifuge [while 1,000 centrifuges were supposed to remain in this centre] and the country will not be allowed to carry out any R&D in Fordow for 15 years.”

In his 2015 editorial, Shariatmadari pointed to other articles of Lausanne framework and its contradictions with what Iranian government claims, and said that such obligations mean the loss of all Iran had gained, and cannot be considered an honourable achievement.

In that editorial, he added, it was predicted that the anti-Iran sanctions are going to be suspended – not removed – and will be restored in the earliest time. “The enemy’s next move was to protest at Iran’s missile capabilities, because the nuclear challenge is just symbolic, and it is just part of the enemy’s opposition to the Islamic Republic’s power.”

A brief review of JCPOA clearly showed there is a huge difference between what Iran’s nuclear negotiators said in praise of the deal and the bitter truth about the harmful text of the nuclear deal.

“It is worth mentioning that what we said in that editorial and numerous other ones, all of which are now realized, were not that much complicated and did not need any deep understanding. A brief review of Lausanne agreement and JCPOA content clearly showed that there is a huge difference between what our nuclear negotiators say in praise of the nuclear deal and the bitter truth about Lausanne agreement and the harmful text of the nuclear deal [Joint Comprehensive Plan of Action],” he went on to say.

“In the most optimistic view, the exaggerations and hyperbolic remarks made by our friends to describe the nuclear deal should be caused by their simplistic view or their unjustifiable trust in the opponent,” he noted.

Shariatmadari says Iran’s nuclear negotiating team’s trust in the West is unjustifiable because Westerners are the ones who have explicitly showed their enmity with the Islamic Republic, have not spared any effort to hatch plots against and show their hostility towards our country, and repeatedly indicated that they do not remain committed to any deal and agreement.

“Some statesmen even described the nuclear deal as the ‘miracle of century’ and the ‘shining sun’, and responded to any criticism of the deal with insults and swearwords,” Shariatmadari noted.

Shariatmadari pinned the blame on officials, advisors, and even the Parliament Members who hastily ratified the implementation of JCPOA in just 20 minutes and did not pay any attention to the reports of the special committee tasked with reviewing the nuclear deal.

“All of them should be held accountable for what they did to Iran’s nuclear program,” he added.

The country’s nuclear ‘ship’ needs a new captain who knows the enemies and is more familiar with the huge waves.

The government has repeated its mistakes for so many times that we can now say the country’s nuclear program needs serious and basic revisions.

“The serious question now is that are current officials able to move forward in the country’s nuclear program,” he asked.

He stressed that the country’s nuclear ‘ship’ needs a new captain who knows the enemies and is more familiar with the huge waves.

Shariatmadari also referred to the US extension of Iran Sanctions Act (ISA), and said that it is a clear violation of nuclear deal, as stated by the country’s nuclear team.

“These days, some political circles are claiming that Obama will sign off the Senate’s bill, but is able to postpone its implementation for 3 to 6 months. They insist that if Obama ‘waives’ the extension of ISA, it will not be considered a breach of nuclear deal. However, Obama’s use of ‘waive’ will just postpone it for 3 to 6 months, and it does not mean the annulment of sanctions. It is surprising that such circles are still trying to deceive the Iranian nation and embellish the US, which is used to breaking its promises,” he added.

The nuclear deal showed once again that the US cannot be trusted, Shariatmadari said, describing it as the main achievement of nuclear negotiations.

“The only way out is to return to our own outstanding capabilities,” he added.