Iran’s leader to officials: Do not tie economy to sanctions 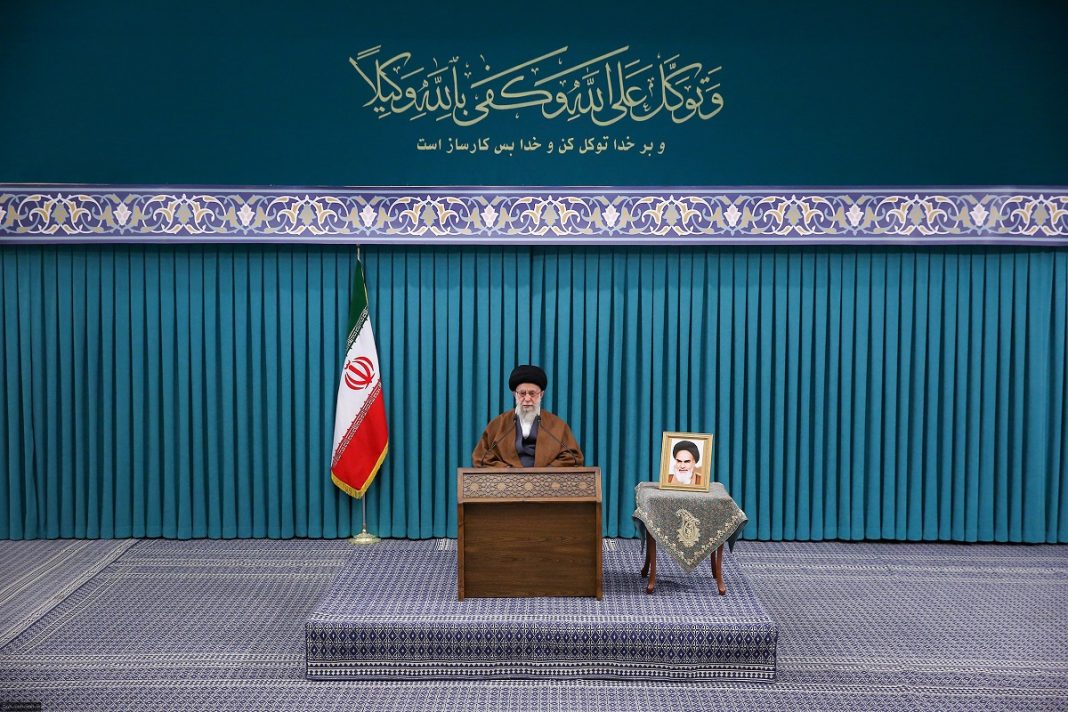 The leader of Iran’s Islamic revolution has reiterated that the country’s economy must not be tied to the US sanctions.

Ayatollah Seyyed Ali Khamenei noted on Monday, Iran is capable of boosting foreign trade despite the sanctions, adding this has already happened and that the government has entered into regional agreements and the oil sales have improved.

Ayatollah Khamenei however noted that what he says does not mean Iran should not be after getting the sanctions removed.

Ayatollah Khamenei stressed revenues returning to the country must not be splurged. The leader also said Iran must definitely move toward a knowledge-based economy, adding that Iranian companies have already proven this is possible.

The leader added the current developments in the world clearly prove the righteousness of the Iranian people in its struggle against arrogant powers.

Ayatollah Khamenei said the Iranian people did not opt for surrender to the arrogant powers but it chose to resist them and strengthen its independence, adding this was the right thing to do. He cited the situation in Ukraine as an example.

The leader said the Ukrainian president took power with the support of the Western governments but he is angry at the West.

Ayatollah Khamenei also suggested that the developments in Ukraine exposed the rampant racism in the West.

“In Ukraine, everybody can see Western racism. They stop the train to force a black person to get off and their media openly express regret that this time around the war has not happened in West Asia”, the leader said.

Ayatollah Khamenei noted that Western countries oppress others and at the same time clamor for human rights and use this as a lever to blackmail independent nations.

The leader further referred to what the US did in Afghanistan, saying they oppressed the Afghan people and plundered them at the end, in an apparent reference to the US move to seize billions of dollars in frozen Afghan assets.

Ayatollah Khamenei also slammed the beheading of 80 young people and even teens in Saudi Arabia, saying all this shows what “blood-thirsty wolves” are ruling the world.