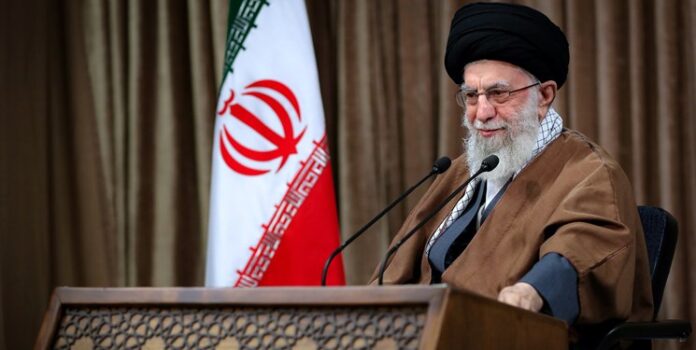 Iran’s Leader Ayatollah Seyyed Ali Khamenei says the United States claims to be an advocate of human rights while it blatantly supports the Saudi murderers of dissident journalist Jamal Khashoggi who was dismembered with a bone saw.

In a televised speech on Thursday, Ayatollah Khamenei referred to the state-sponsored brutal murder of Khashoggi in 2018 at the Saudi consulate in Turkey at the hands of the agents of Saudi Crown Prince Mohammed bin Salman, and slammed the United States for turning a blind eye to the gruesome assassination.

They support a country that dismembers its dissident with bone saw, but still claim to be advocates of human rights, the Leader noted.

The Leader further pointed to Washington’s destructive role in the Middle East region, where it has been using the ISIS terror group to advance its personal agenda.

“The US created ISIS and they (the Americans) themselves admitted to it…Then, they created a military base under the pretext of the existence of ISIS …. They provide ISIS with modern media facilities and money and allow them to destroy and sell Syrian oil, then they say ‘we are fighting ISIS’,” Ayatollah Khamenei said.

“They (the Americans) refer to Iran’s presence in the region with hatred and resentment. While we do not have a military presence…Wherever we are present, we are there to defend legitimate governments at their own request. But they (Americans) themselves attack a country without permission and establish a military base,” he added.

The Leader referred to the US as the possessor of the world’s largest nuclear arsenal, while claiming to be against weapons of mass destruction.

“America is the only government that has used nuclear bombs, but raises its voice to say that ‘we are against the development of nuclear arms.’ They claim to be against weapons of mass destruction, while they possess the worst and the most dangerous such weapons.”