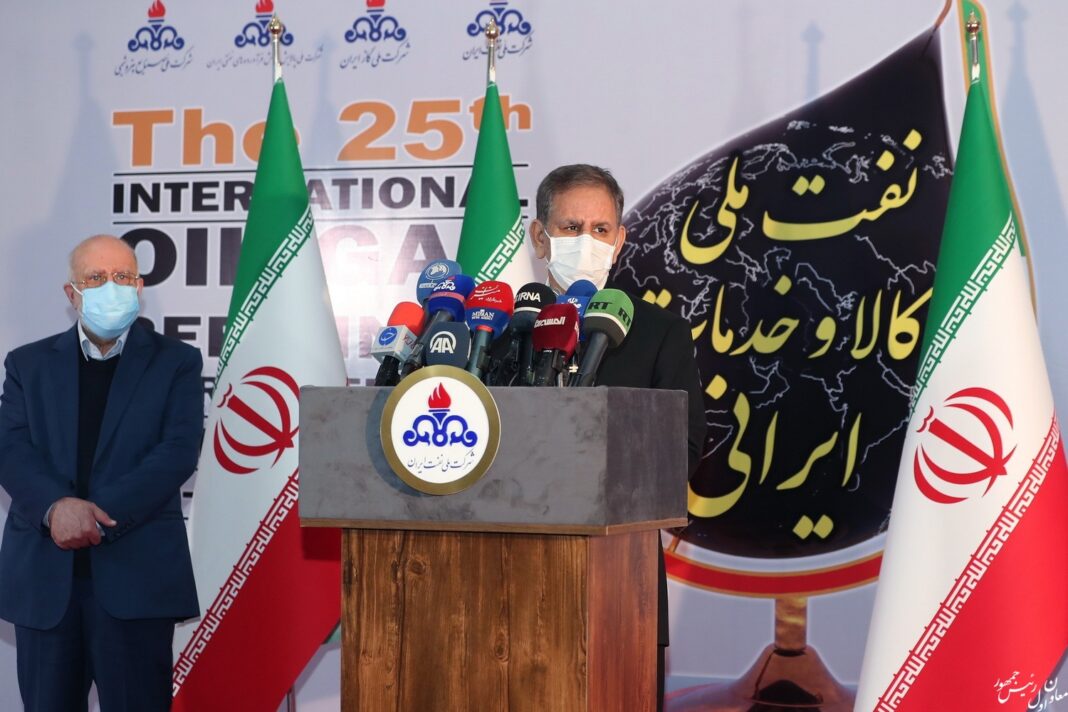 Iran’s First Vice-President Es’haq Jahangiri says the country’s achievements in the fields of oil, gas, and petrochemicals indicate the failure of cruel sanctions against the Islamic Republic.

Jahangiri made the remarks on Sunday after a visit to the 25th International Oil, Gas, Refining and Petrochemical Exhibition.

“The achievements of this exhibition indicate that Iran is moving towards development and progress,” he said on the sidelines of the visit.

Jahangiri praised the country’s “great achievements” in the fields of oil, gas, refining, and petrochemical, and said the exhibition is a proof of the “long strides” the country has taken to make products that can be released both inside and outside the country.

The vice-president referred to the recent inauguration of Bidboland Gas Refinery in southwestern Iran, and said, “No one could imagine the country can implement such projects under the harshest and toughest US sanctions in the past three years.”

He said the refinery is a symbol of the projects whose construction started and finished at the time the country was under the US sanctions.

Jahangiri said even in the past few months when Donald Trump was still in office in the US, Iran set considerable records in the export of crude oil and oil condensates.

“At a time when they wished to zero out Iran’s oil sales, we achieved the biggest record in crude oil export in December 2020-January 2021,” he added, vowing that the country will see brighter days in spring.

Earlier this week, the Iranian president inaugurated Bidboland natural gas refinery in the south of the country as one of the largest projects in the Middle East.

The project has come with a price tag of $3.4 billion.

On Thursday, the deputy chief of staff of the Iranian President’s Office for communications and information affairs lauded the inauguration of Bidboland megaproject as the symbol of the Islamic Republic’s struggle with sanctions and economic war.