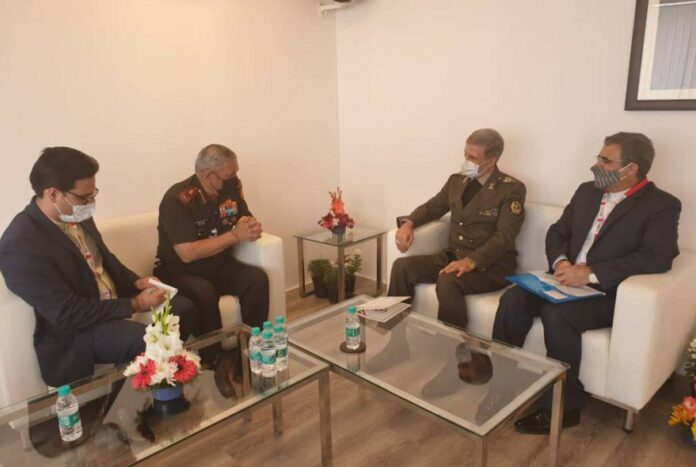 In the meeting, the Iranian defence chief touched upon the historical and cultural commonalities between the two countries.

He said Tehran and New Delhi have common grounds on many regional and international issues, including the geographical potential that the two countries have at seas and in the Indian Ocean Rim region.

“The existence of these potentialities can play a key role in the promotion of relations between the two countries, especially in the defence and military domains.

The top Indian general, in turn, expressed his gratitude to the senior Iranian defence-military delegation for visiting his country and taking part in the opening ceremony of an aviation exhibition in Bengaluru.