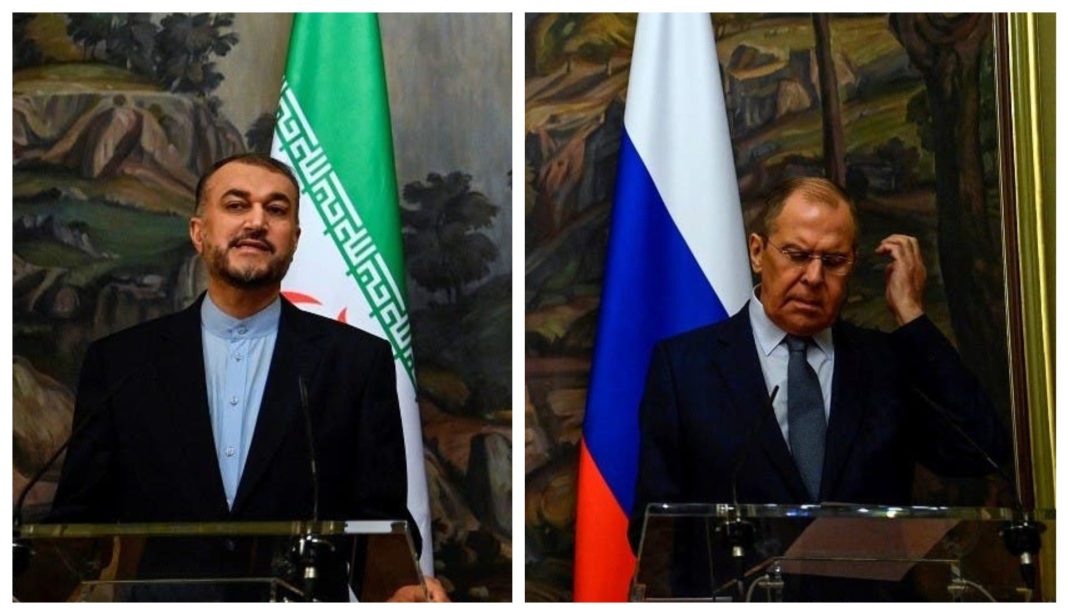 The Iranian foreign minister, in a phone conversation with his Russia counterpart, has called of a political solution to the ongoing crisis in Ukraine.

Hossein Amir Abdollahian had a telephone conversation with his Russian counterpart Sergei Lavrov on Friday evening.

Referring to the talks on lifting sanctions in Vienna and reviewing the latest developments in this regard, he said that Iran will not cross its red lines in the negotiations.

He also spoke of the developments in Ukraine and the presence of Iranian citizens in this country.

Amir Abdollahian expressed hope for a political solution to the crisis, saying Iran is trying to return its citizens to the Islamic Republic through Ukraine’s neighbors.

The Iranian foreign minister also emphasized that ensuring the security and health of Iranian citizens living in Ukraine is Iran’s serious priority and “we expect the conditions for their safe exit to be provided”.

In another part of the telephone conversation, Amir Abdollahian referred to the Yemeni crisis and said, “In Munich, we emphasized to the UN chief that the role of the Secretary-General in resolving the crisis in Yemen, through political ways, is important.”

Referring to the issuance of a draft resolution in the UN Security Council against the Ansarullah Movement and the wrong move to call the movement a terrorist entity, he called this action destructive.

The top diplomat stressed the need to stop this resolution, adding that Yemen belongs to all Yemenis and its solution is in talks between Yemeni groups.

During the phone conversation, Sergei Lavrov, Foreign Minister of the Russian Federation, also stressed the cooperation between Iran and Russia. Lavrov said Russia has always supported Iran’s position in Vienna and it has good cooperation with its Iranian friends in the Austrian capital, and will continue this cooperation.

He further outlined Moscow’s stance on the Ukraine crisis and criticized the approach of Western countries regarding the issue.

Lavrov reassured Amir Abdollahian that Russia is making serious efforts to protect the lives of people and citizens of foreign countries, including Iran.

He also explained Russia’s stance on the Yemen crisis.