Iran’s Bavar-373 Missile System Much Better than US’ Patriot 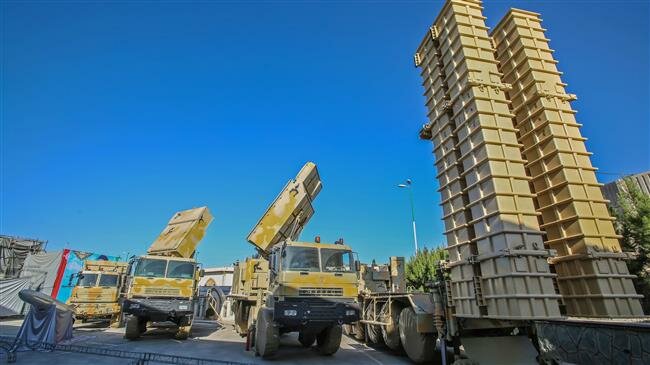 An Iranian Army general says the domestically-built missile defense system “Bavar-373” is much better than the US Patriot system and its Russian counterpart S-300.

“The system has been designed and developed considering the country’s need for a defense system with a high range,” Brigadier General Shahrokh Shahram, a deputy minister of defense and armed forces logistics, told Iran’s state TV Thursday night.

Bavar-373 missile system was developed as Iran “needed a missile system stronger than the Russian S-300, given the increasing threats” against the Islamic Republic, he added.

According to General Shahram, the Iranian system has a higher interception range and a greater combat power compared with the Russian counterpart, and enjoys over 10,000 compound eyes, each of which serves as a radar.

He also compared the Iranian system with the US-made Terminal High Altitude Area Defense (THAAD) and Patriot systems, and said Bavar-373 is categorized at a higher class than THAAD and is much better than the Patriot system.

The surface-to-air missile system, dubbed Bavar-373, was unveiled during a ceremony on Thursday morning in the presence of President Hassan Rouhani, Defense Minister Brigadier General Amir Hatami and other senior military officials.