Iran’s Ambassador to Britain Urges People to Beware of Provocations 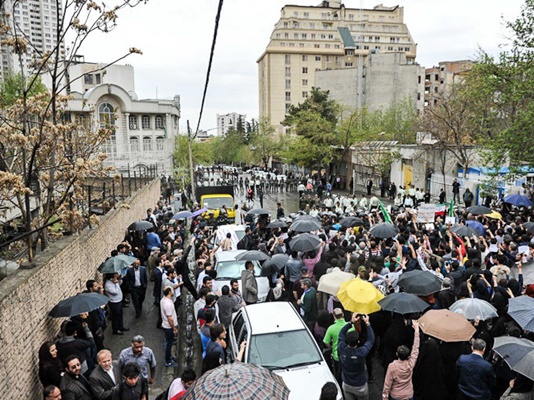 Iranian ambassador to London has called for vigilance against certain groups that provoke people to stage protest rallies in front of Iranian embassies across the world, and also foreign embassies in Tehran.

“A group of mercenaries are abusing Western media reports to incite ignorant people to stage protests outside Iran’s embassies [across the world], and thus provoke people in Iran to reciprocate by holding protest rallies in front of foreign embassies in Tehran,” wrote Hamid Baeidinejad, the Iranian ambassador to Britain, in his Telegram channel.

According to a report by IFP, he went on to say that during the past days, some Western media in inaccurate reports tried to accuse Iran of preventing dissidents and their families from leaving Aleppo.

“According to reliable information, the MKO (Mojahedin-e-Khalq Organization) terrorist group has a key role in these incitements.”

The MKO group pretends to be supporting the people of Syria’s Aleppo in its seemingly humanitarian activities, but it is actually pursuing a different purpose.

“Let’s be vigilant!” he added.