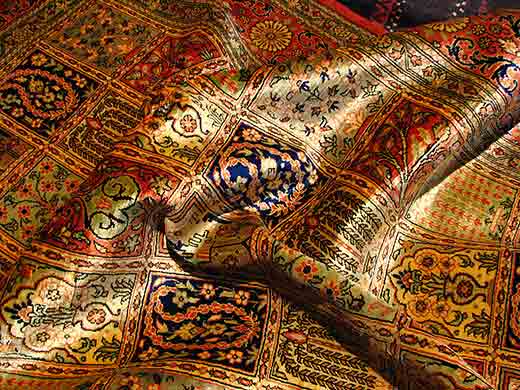 The exports amounted to $57 million in value in spring 2014, which corresponds to the first quarter of current Iranian calendar year, the Tasnim news agency quoted Hamid Karegar as saying.
He said Iran exported $314 million worth of hand-made carpets in the past Iranian calendar year, which ended on March 20, 2014.
Iran’s carpet exports declined in recent years, mainly because of the Western sanctions imposed  against the country over its nuclear program, he added.
In February, the former director of Iran’s National Carpet Center said sanctions against exports of Iranian carpet may be lifted in the second half of 2014.
Mohammad Baqer Alikhani added that the Ministry of Foreign Affairs has negotiated with the 5+1  group (the five permanent members of the UN Security Council plus Germany) to lift the sanction in the second half of the current year.
Sanctions against exports of Iranian carpets had been imposed directly by the U.S., he noted.
› Subscribe
Share
Facebook
Twitter
ReddIt
Email
Print
Telegram
WhatsApp
VK
LINE
Viber