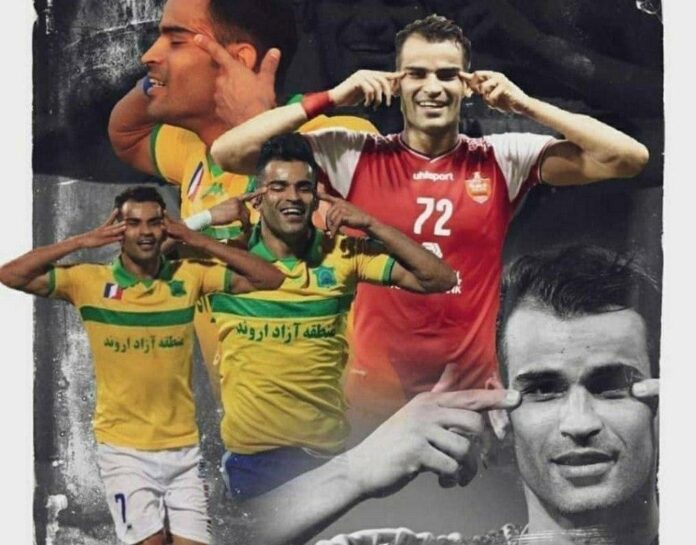 The Iranian player has been banned from all football events and fined $10,000 over his special goal celebration after the recent ACL match against Pakhtakor of Uzbekistan, where he was named the man of the match after scoring two goals, helping the Iranian side advance to the semi-finals.

However, Iranian football fans and Persepolis officials say the ban – announced by the AFC a few hours before the semi-final match against the Saudi club Al-Nassr – is unfair as Alkasir had used it a lot of times in domestic league.

Alkasir says his goal celebration, which the AFC considers to be “racist’, is in memory of his nephew who has small eyes.

Some Iranian football fans believe the decision has been taken under the influence of Saudi lobby groups, as Alkasir was the Iranian side’s top goal scorer and many had pinned their hopes on him for the Saturday match against Al-Nassr. Outraged by the decision, they have started sharing a video of Alkasir’s similar goal celebrations in domestic matches.

In a statement, Persepolis club slammed the AFC for taking the “hasty” decision without “careful consideration”.

“It was a very illogical and unfair decision to ban Alkasir a few hours before the semi-final match,” the statement said.

Persepolis says it has provided the AFC with the explanation one day before the announcement of the ban, but to no avail.

It said it will continue to pursue the issue and appeal the decision, but it won’t influence the team’s resolve to defeat the Saudi rival.

Iranian lawmaker Ahmad Naderi has also tweeted that the AFC should immediately revoke its decision and “not fuel the same old speculation that it’s bribed by Saudis.” He also vowed that Iran’s Parliament will seriously and immediately pursue the issue.