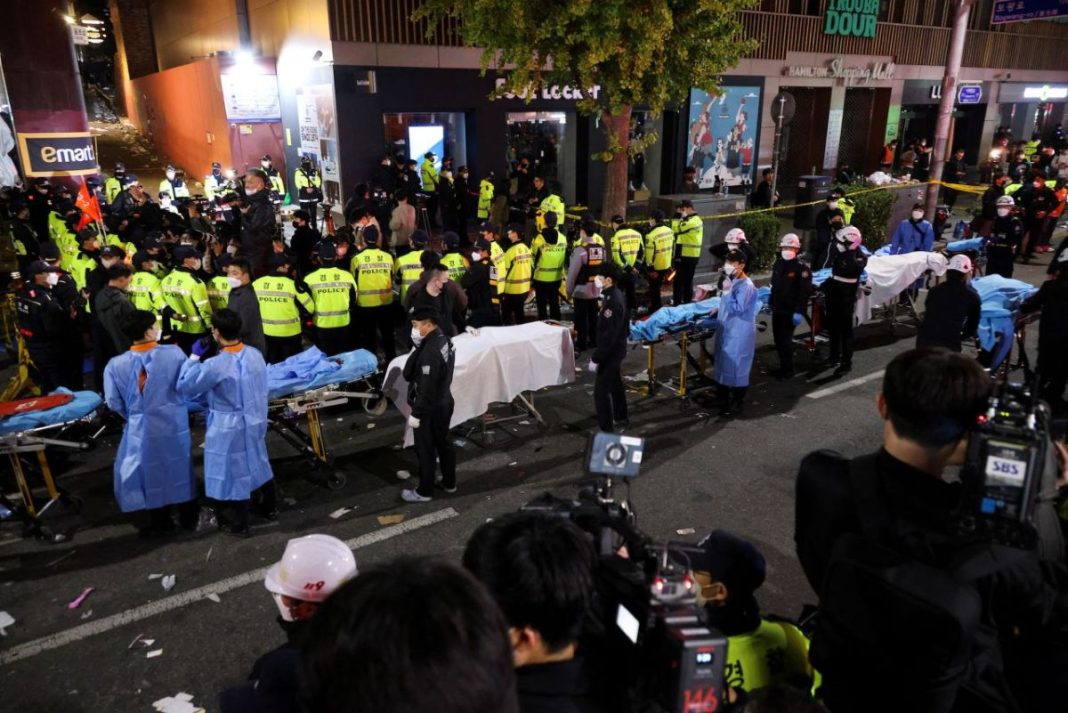 South Korea’s first big Halloween celebration since the end of Covid restrictions turned to tragedy on Saturday night, when at least 151 people, mostly teenagers and young adults, died as partygoers surged through a narrow alley in a popular nightlife district in Seoul, officials confirmed. The dead included several foreign nationals, including those from Iran.

Authorities are still investigating what caused the incident, but Choi Seong-bum, chief of the Yongsan-gu Fire Department, said it was a “presumed stampede” and that many people fell, injuring at least 82.

The dead included at least 19 foreign nationals, including people from Iran, Norway, China and Uzbekistan, he added.

Addressing the nation, he called a national period of mourning “until the handling of the accident is concluded.”

Prime Minister Han Duck-soo later stated the period of mourning would end at midnight of November 5.

“A tragedy that should not have happened occurred in the middle of Seoul last night on Halloween,” Yoon said, adding, “I pray for those who died in an unexpected accident and hope that the injured will recover quickly.”

Tens of thousands of revelers had poured into the Itaewon nightclub district on Saturday night to enjoy South Korea’s first Halloween celebration since crowd limits and face mask rules imposed by the Covid pandemic were lifted.

Witnesses say that even before the chaos broke out, partygoers were packed so tightly in the narrow streets that it was difficult to move around.

Videos and photos posted to social media showed people performing compressions on other partygoers lying on the ground as they waited for medical help.

Some people had suffered from “cardiac arrest,” attributing the statement to fire authorities, according to reports. Emergency officials assisted at least 81 people in Seoul’s Itaewon neighborhood reporting “difficulty breathing.”

The cause of the crush is still under investigation, though officials noted there were no gas leaks or fires on site when they received the first emergency calls of people being “buried” in crowds at 10:24 p.m.

The Seoul city government received reports of missing people as friends and families searched for people known to be at the event who didn’t come home.

On Sunday, police officers scanned the sidewalk for personal belongings and pieces of identification as they tried to determine the final number of injured and dead.