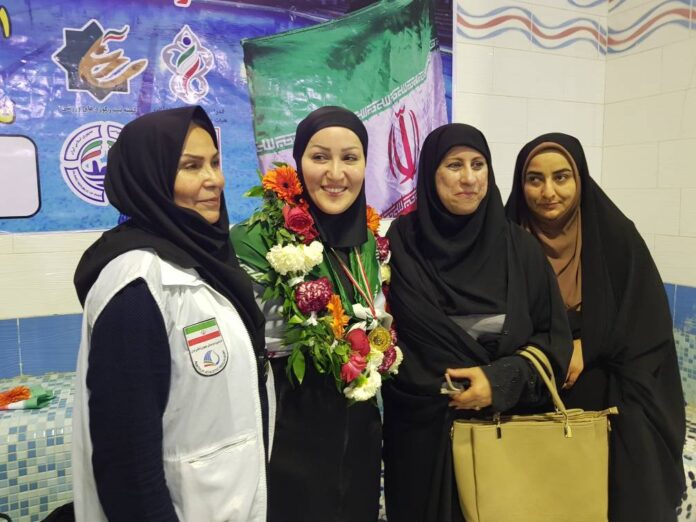 An Iranian woman has broken the Middle East’s record for long-distance swimming, vowing to break her new record next year.

Mahnaz Karimi, hailing from the southern province of Khuzestan, swam for 25 hours in a swimming pool in Ahvaz.

She swam non-stop from Saturday to Sunday treading water with hands up, a Fars report by the Asr-e Iran news website said.

With this record, Karimi managed to break the record of long-distance swimming in Iran and the Middle East. Karimi has increased her earlier record in this class of swimming by 12 hours.

In an interview with Asr-e Iran, Karimi said, “I’m happy to set my fifth record in long-distance swimming.  To do so, I made very hard efforts. My main motto in life is where there is a wish, there is a way. I believe, with hard efforts, we can achieve whatever we wish.”

In response to a question whether or not Ms. Qorbani will break her new record, she said it goes without saying that Qorbani will do her best to do so. “I’m not worried about it. There are many champions in our country and I’m sure that new records would be set.”

Touching on her decision to register her record at the Guinness World Records, she said to do so, one has to spend about $20,000.

“So far, I don’t have such money. If there is a sponsor, I will seriously follow up the issue to have my new record registered.”