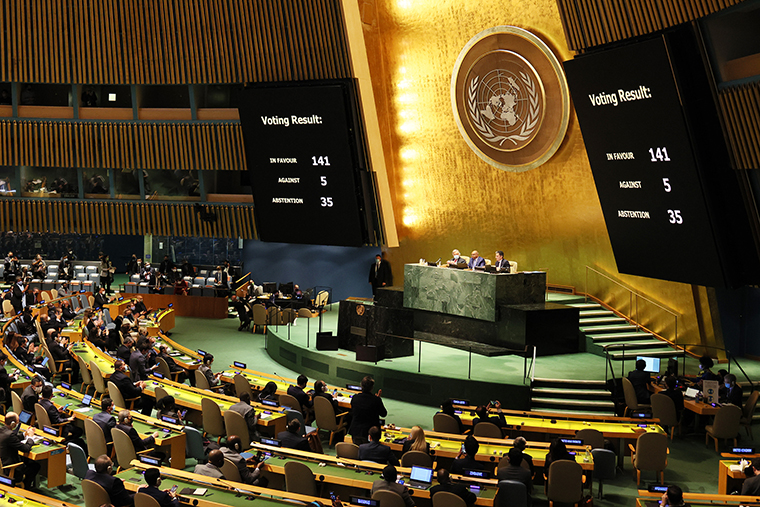 Iran's representative to the United Nations has called for an immediate ceasefire in Ukraine and assisting the people in need.

Takhte Ravanchi also said all UN members did not have the opportunity to participate in drafting this resolution.

He added that The Islamic Republic is deeply concerned over the ongoing conflict between Russia and Ukraine.

Iran’s UN envoy underlined the Islamic Republic of Iran’s principled position on the need for the peaceful settlement of disputes in accordance with international law and the need for full compliance by all parties and under the Charter of the United Nations.

Takhte Ravanchi said finding a lasting and long-term solution to such crises requires addressing its roots. We note that the current complexity and fragile situation in Eastern Europe has been exacerbated by provocative actions of the United States and NATO.
In this regard, the Iranian diplomat added, the security concerns of the Russian Federation must be taken into account.

He said, “My government will continue to call for a peaceful, comprehensive and lasting solution to this crisis, including the establishment of an immediate ceasefire and the start of dialogue, as well as the provision of humanitarian assistance to the people in need.”