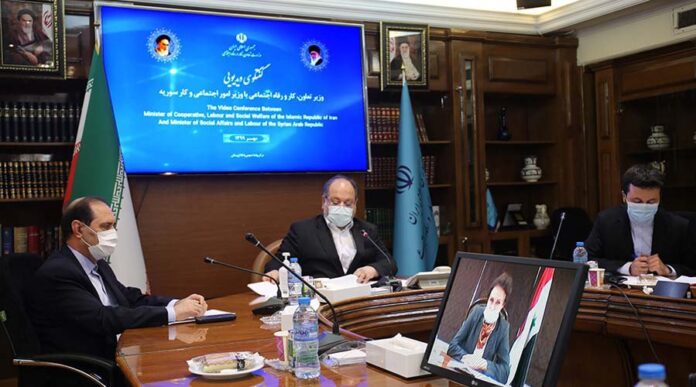 In the videoconference meeting on Sunday, Shariatmadari said the two sides are to take practical steps to further boost bilateral cooperation.

He described the trend of Iran-Syria cooperation as positive. “I hope the trend of friendship with the Syrian government and nation will continue and grounds for further cooperation between the two countries will be provided.”

He noted practical steps should be taken to implement a joint plan of action signed between the two countries in 2019.

The Iranian minister also stressed the need to exchange delegations to implement that cooperation agreement.

“Now that it is not possible to do it in person, it can be done online between deputies and heads of organizations and their counterparts from the other side,” Shariatmadari said.

He underlined a timetable should be set for talks between the two sides for the implementation of the agreements.

The Syrian minister, in turn, called for drawing on Iran’s experience in the fields of rehabilitation, small financial funds and rural development funds.
He expressed hope talks will also bear fruit in the areas of entrepreneurship and training manpower through exchanging delegations and running joint programs.

He said Iran has great potential in the industrial and petrochemical sectors, expressing hope the two sides can share each other’s experience by exchanging delegations.
The Syrian official also hoped the joint action plan will be implemented well.