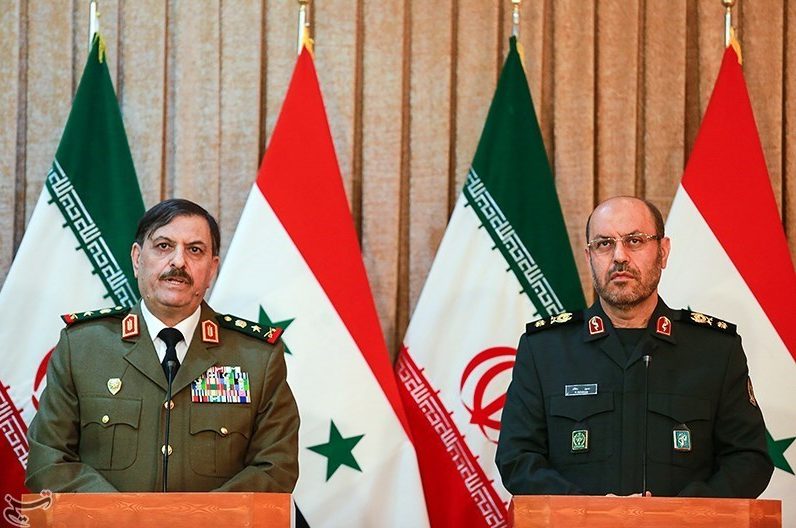 Top defense officials from Iran and Syria agreed on closer coordination to intensify military action against the terrorist groups that have plagues Syria for six years.

In a telephone conversation on Tuesday evening, Iran’s Defense Minister Brigadier General Hossein Dehqan and his Syrian counterpart Fahd Jassem al-Freij stressed the need for closer interaction between Tehran and Damascus in the war on terrorism.

They also emphasized the necessity for the formation of a fact-finding committee to shed light on a suspicious chemical attack that the US is blaming on the Damascus government.

The two defense ministers also underlined that the recent US attack on a Syrian military airbase could by no means undermine the resistance front’s determination to fight against the terrorist groups.

On Friday, the US launched a missile attack on the Syrian government’s Shayrat Airfield near Homs with 59 Tomahawk missiles under the pretext that Damascus had launched a chemical attack on the town of Khan Shaykhun in Idlib.

Syria has been gripped by civil war since March 2011 with various terrorist groups, including Daesh (also known as ISIS or ISIL), controlling parts of it.