Iranian Scientist’s Family Urge His Release from US Prison 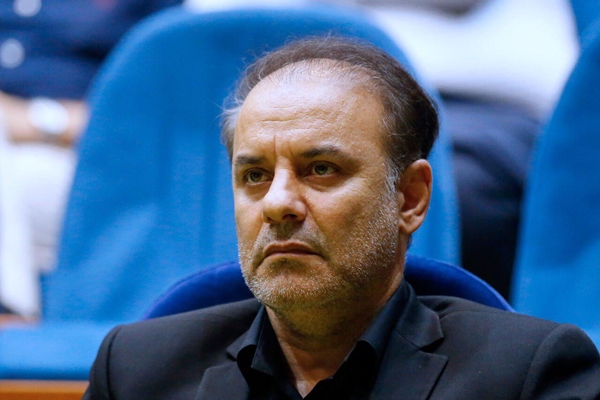 One year after the arrest and imprisonment of the Iranian stem cell scientist Dr. Masoud Soleimani by the United States government, his family has released a statement calling on all scholars across the world to condemn this move and the inhuman policies of the US government so as to avoid recurrence of such cases.

Professor Soleimani’s wife, Dr. Mahnaz Rabiei, along with his other family members, have slammed in their statement this hostile act by the US government. They say the abuse of nationals to oppress their government is an inhumane act and a clear example of human rights violation.

“The conspiracy by the US government and Mayo Clinic Institute to set up and arrest a scientist, who is an expert in his field (stem cells) and has stepped in to help hard-to-cure patients around the world was a purposeful movement, especially when we see he has authored numerous articles in the field and recently advanced eye-catchingly. This move is meant to keep a non-American scientist away from science and advancement,” reads their statement.

In the statement it is highlighted that Soleimani’s family object to the move to set up a scientist from a foreign country to be incarcerated in US prisons.

“We believe that making conditions insecure for scientists and the elite in every society disrupts the production of knowledge and diminishes the enthusiasm of leading world researchers. Obviously, no sensible person approves of this biased and inhumane behavior. Therefore, we explicitly demand that if the United States claims to respect human rights and justice, it must release Professor Soleimani as soon as possible because there is no adequate evidence to convict this innocent scientist. Perhaps, if there were [any evidence against him], his trial would not adjourn for a year.”

Dr. Soleimani’s family also thanked Tarbiat Modares University of Tehran and all Iranian institutions and independent media outlets and journalists who are working on the release of the Iranian scientists and are investigating the reasons for his detention.

However, they have also called on the government of the Islamic Republic of Iran to pursue this process more seriously than ever. This comes as no immediate action has been taken to release the scientist, while his prolonged incarceration and the unlawful damages and difficulties are increasingly ongoing.

Masoud Soleimani, a full professor and head of the Hematology Department of Tarbiat Modares University, has been arrested almost a year ago by the FBI. He is a prominent scientist, who is not only the selected professor of Iran in 2015, but was recognised as the top one percent scientists and researchers in 2015. He is also known worldwide for his scientific standing.

In 2018, he was invited by the US Mayo Clinic to conduct research projects. After much insistence by Mayo Clinic, he accepted the invitation and departed for the United States in October 2018. However, the FBI canceled his visa, and detained him at the Chicago airport for illegal entry into the United States. Then, he was sent to a prison in Georgia under the pretext of violating US sanctions against Iran.

Now, Professor Soleimani has been held in prison for almost a year without charge and trial. The scholar, who had no negative or unlawful acts records in his life, was not allowed to be released on bail till his trial. This comes as his scientific endeavours and research have always been transparent and helpful to humanity, and his conduct and actions are in a very humane and respected way at prison according to the prisoners and guards.

He is now suffering from chronic irritable bowel syndrome and needs certain medications to reduce the pain caused by the illness and stress. Despite numerous attempts by the family to deliver medicines to him, and even the efforts of Interests Section of the Islamic Republic of Iran in the US to provide him with medications, it was opposed to give him the medicines. His mental and physical condition is now very poor and he has lost 15 kilograms of weight and suffers from severe eyesight loss.