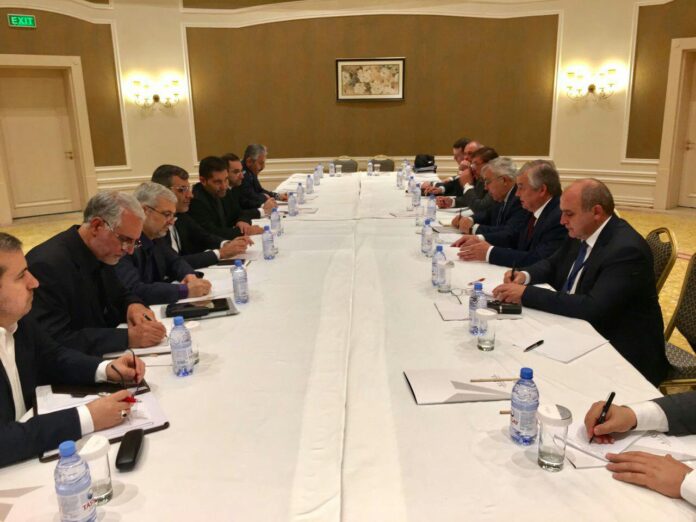 Jaberi Ansari on Thursday held negotiations with Russian President Vladimir Putin’s Special Envoy for Syria Alexander Lavrentiev within the framework of bilateral and specialized consultations of the 6th International Conference on Syria.

During the meeting, which was held one day after the meeting of Iran’s Foreign Minister Mohammad Javad Zarif and his accompanying delegation with the Russian President Putin, Jaberi Ansari and Lavrentiev discussed the latest developments in the Astana Process.

They also exchanged views on de-escalation zones as well as the latest status of documents prepared at the expert meetings. 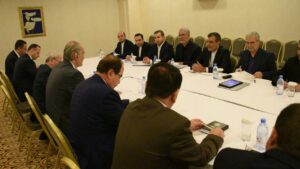 The Iranian diplomat also met Syria’s permanent representative to the United Nations Bashar al-Jaafari, who is the head of the country’s mission to Astana Process.

During the meeting, which was held in the presence of the two countries’ delegations, the parties discussed the latest developments in Astana Syria Talks, the documents being negotiated, and the de-escalation zones in Idlib particularly.

During the meeting, which was held in the presence of the two countries’ delegations, the two senior diplomats exchanged views on the latest developments in Astana Process and the documents being negotiated at the 6th International Conference on Syria.

The 6th International Conference on Syria started at the expert level on Wednesday in Kazakhstan’s capital. 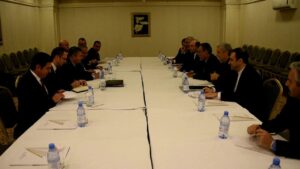 It continued on Thursday, at a high level, with the participation of heads of negotiating delegations of the three guarantor states of the Astana Process (the Islamic Republic of Iran, the Russian Federation and the Republic of Turkey), delegations of the observer states, and the representatives of the Syrian government and -opposition groups.