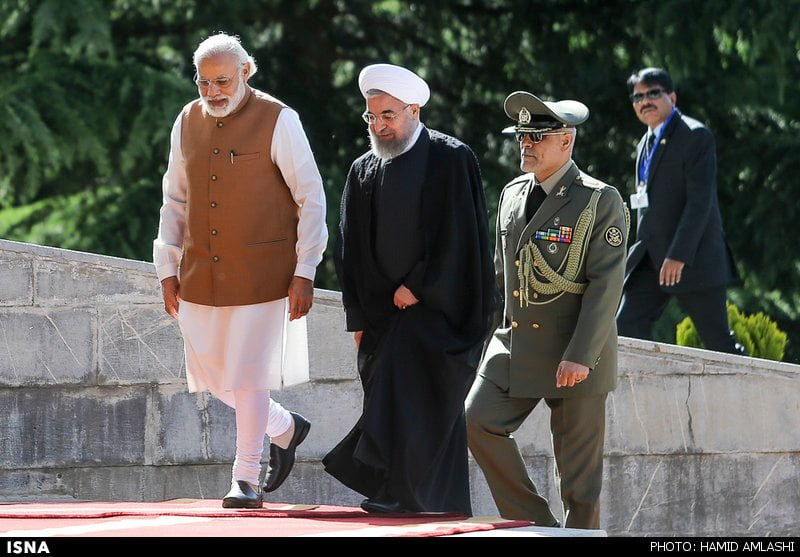 The three-day visit will begin on Thursday February 15 and is expected to strengthen New Delhi’s ties with Tehran.

Rouhani’s visit is taking place after Prime Minister Modi’s return from a trip to West Asia, including Palestine, the UAE and Oman, ISNA said in a Farsi report.

New Delhi has been looking at Tehran for emboldening its connectivity plans with Western Asia and also secure its energy needs.

Indian PM Modi made a historic visit to Iran in May 2016, making it the first visit of an Indian prime minister to Iran after 15 years.

During Modi’s visit, the two sides signed a $500-million deal to develop the Chabahar port to boost regional connectivity and encourage more maritime links and services between the two countries. The agreement also included funding of a rail link to Iran’s southeastern city of Zahedan.

India, Iran and Afghanistan are also part of the Trilateral Agreement on Establishment of International Transport and Transit Corridor at Chabahar. India has massive plans to set up manufacturing plants in segments such as fertilisers, petrochemicals and metallurgy in the Chabahar Free Trade-Industrial Zone.

During President Rouhani’s visit, the two sides might come to an amicable solution on the ongoing row regarding Farzad B gas fields, which has become a sore point in the bilateral ties between New Delhi and Tehran.

Iran is one of the major oil suppliers of India.