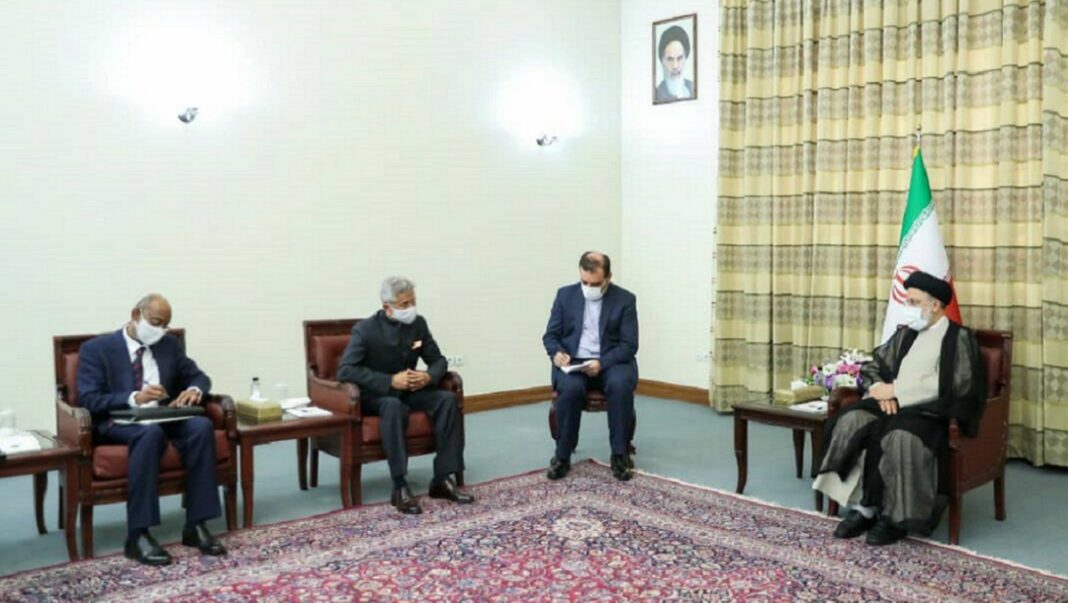 Raisi said on Wednesday that collective security with the presence of regional countries, including Iran and India as two important players, as well as extensive economic interactions are the top priorities in Tehran-Delhi relations.

He made the comments in a meeting with Indian Foreign Minister Subrahmanyam Jaishankar who is in Tehran to hand in the congratulatory message of Indian Prime Minister Narendra Modi on the election of Raisi as the Islamic Republic’s new president.

“The stability of the relations between the two countries, especially in the economic field, depends on the regulating ties based on Tehran-Delhi interests,” Raisi added.

Raisi also stressed that the Islamic Republic of Iran supports stability, security and peace in Afghanistan.

“According to the Americans themselves, the policy of maximum pressure against Iran has failed and the Islamic Republic of Iran will continue the path of progress strongly.”

For his part, Indian Foreign Minister Subramaniam thanked Ayatollah Raisi for attending the meeting to receive the written message of the Indian prime minister.

“It is vital for Iran and India, as the two very close regional partners, to work together to deal with different challenges,” Subrahmanyam noted.

The Indian foreign minister pointed out that the current situation in Afghanistan is very grave and Afghanistan’s neighbours must work together to resolve the country’s problems.

Subramaniam also handed in the official invitation of the Prime Minister of India in which Modi invited Raisi to visit India as the new President of Iran.

“Our Prime Minister, in his message, expressed confidence that the strong relations between Iran and India will continue to grow and expand under your management,” stressed the Indian official.