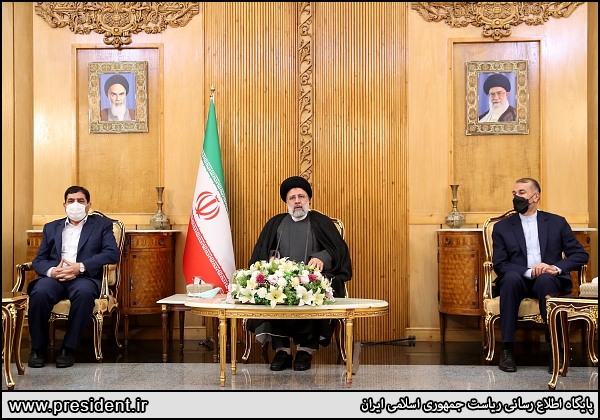 Iran’s President Seyyed Ebrahim Raisi says Tehran’s main achievement in the ECO summit is the expansion of trade ties with other countries.

Raisi made the comment in Tehran on Sunday night upon returning from the meeting in Turkmen capital, Ashgabat.

He said Iran’s participation in the ECO Summit as one of its founders had different messages and that a lot work has been done, but it is not enough and “we have to take bigger steps”.

He added that Afghanistan was a common concern of all members that was raised at the summit and all came to the conclusion that Afghanistan will achieve security and stability with an inclusive government representing all ethnic and religious groups.

Referring to his meeting with Turkmenistan’s president, Raisi said the transit issue topped the agenda of talks at the meeting, and the ambiguities and problems were resolved and Iran can now have good trade and economic ties with East Central Asian countries.

He added that the issue of gas was another topic and the two sides signed a contract which will dispel concerns over gas outages in the winter.

Raisi referred to his meeting with Iranian businessmen and traders in Turkmenistan. He said the businessmen had problems that are serious and some were resolved with the gas contract, and the Foreign Ministry and the Chamber of Commerce were instructed to pursue those matters.

The president noted that the neighborhood policy has worked and that his administration insists on pressing ahead with that policy.