Iranian official rejects reports on energy talks with US companies 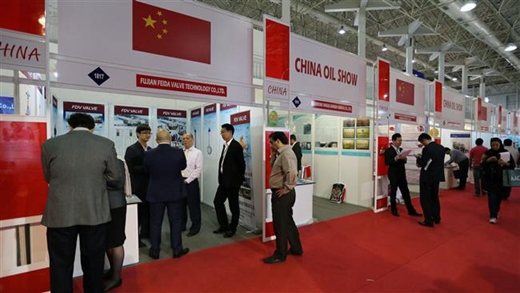 An Iranian petroleum official says there have been no energy talks between Iran and US companies.

Seyyed Mehdi Hosseini, the head of a team of experts established at the Ministry of Petroleum to devise the new Iranian oil contracts, made the comments in reaction to reports that representatives from US oil giants have met with Iranian officials to review investment opportunities in the country after the possible removal of sanctions against Tehran over its nuclear program.

He said the mechanism of new oil contracts were the most important issue discussed in the talks.

The talks were held at expert level and had nothing to do with political issues, he was reported as saying by the Iranian media.

Iranian officials have already announced that Tehran plans to unveil a new model of oil contract dubbed Iran Petroleum Contract or the IPC.

The IPC will be a modification of the traditional buy-back risk service contracts and has been specifically designed to increase the attractiveness of Iranian oil projects for foreign investors.

Seyyed Mehdi Hosseini, who is known in Iran as the as the architect of buybacks, said “constructive” energy talks also underway with Asian countries.

Foreign companies, including energy giants, have been keeping a close eye on Iran, waiting for the removal of sanctions against the country, to reach its lucrative markets.

With eyes set on the removal of US-engineered sanctions in light of the progress in nuclear talks with P5+1, the country is already preparing for a potential influx of investors – specifically in its oil and gas projects.