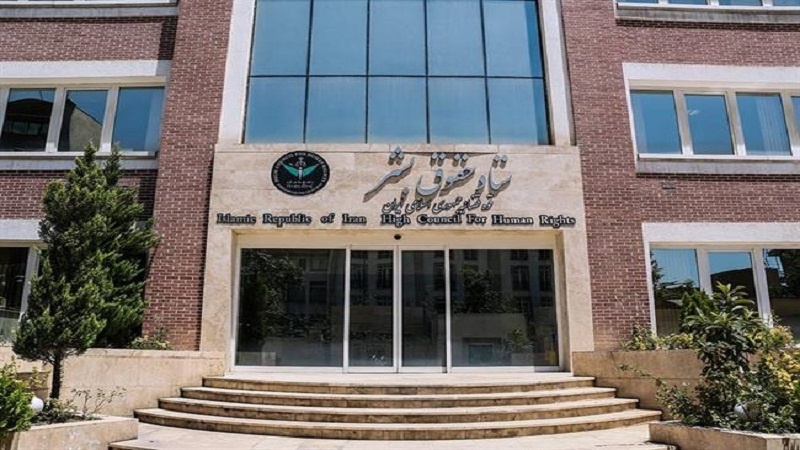 The Islamic Republic of Iran's High Council for Human Rights says the Iranian nation is the biggest victim of blatant violation of human rights by the US and Europe.

The council made the remarks in a statement marking International Day for the Right to the Truth concerning Gross Human Rights Violations and for the Dignity of Victims. The full text of the statement follows.

Over the past months and years, the Iranian nation has witnessed numerous cases of gross violations of basic human rights, namely the right to live and the right to health. A textbook example of that, which has persisted over the past years, is the United States’ unilateral and illegal sanctions, which have had a negative impact on the right to enjoy all human rights, and at the time when the coronavirus has turned into a global pandemic, these unilateral and secondary sanctions, especially in the domain of medicines, remain in force in the most severe form.

The United States’ unilateral sanctions have already claimed the lives of dozens of children suffering from epidermolysis bullosa (EB) because of medicines not being allowed to reach them. Moreover, the US government has, before, created hurdles on the way of dispatching humanitarian aid at times of human crises, including the flooding on March 17, 2019, and the earthquake on November 12, 2017 in Iran. That means the US government had deprived Iranians from all walks of life of having access to, and buying humanitarian supplies, thus setting a precedent which runs counter to principles of international law.

On top of the above-mentioned cases, which claimed the lives of a considerable number of innocent people in Iran, the targeted assassination of one of the commanders of the Islamic Republic of Iran’s military Lieutenant General Qassem Soleimani, which was confirmed by the president of the criminal US regime, was another example of blatant and systematic violation of the Iranian nation’s rights over the past years. The targeted assassination of General Soleimani was not only a breach of inalienable principles of international law, namely the right to live, and a violation of the inalienable principles of public international law, including a breach of the principle of not resorting to force, but also a grave violation of the Iranian nation’s right to have a brave commander and a national hero. The turnout of tens of millions of Iranians in the streets of small and big cities of Iran to pay homage to Lieutenant General Soleimani and take part in his funeral procession showed Iranian people from all walks of life were deeply attached to this national hero. He was also the greatest and most high-profile advocate of the rights of peoples in the region. His assassination via the US state terrorism amounted to flagrant violation of regional nations’ rights during the fight against ISIS and terrorism.

While commemorating March 24, which highlights the right to the truth, the Islamic Republic of Iran’s High Council for Human Rights once again reminds the whole world of the reality that unilateralism and gross and systematic breach of nations’ rights has turned into a routine trend by the US government. The above-said cases are some of the instances of this country’s crimes against the Iranian nation only, over the past year.

Accordingly, the Islamic Republic of Iran’s High Council for Human Rights takes it upon itself to keep alive the memory of victims, including the Iranian citizens who fell victim to the United States’ unfair sanctions, and the memory of those who lost their lives while striving to promote and advocate human rights, including Lieutenant General Qassem Soleimani, and emphasizes that other countries as well as international and regional organizations’ inaction and failure to show any reaction to cases of blatant and systematic violation of human rights poses a grave threat to the existence of fundamental principles of international law and will drag into the vortex of annihilation the logic behind those principles, i.e., the promotion of, and support for human rights.