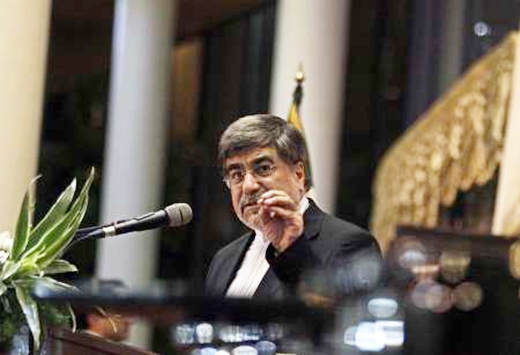 Minister of Culture and Islamic Guidance Ali Jannati said that Iran's classical music is a rich treasury of the country's national and religious heritage which can uphold the traditional values against cultural offensives.

Speaking at closing ceremony of the Fajr Music Festival here on Saturday to mark anniversary of victory of the 1979 Islamic Revolution in Iran, the minister also referred to the positive financial effects of music on the country’s economy.
He welcomed warm popular reception of this year’s music festival and introduced arts and music as the valuable means of cultural diplomacy to promote Islamic and Iranian values.
‘Undoubtedly, the Iranian music has been exceptional, if not unique, in terms of its songs, composition, instruments, research and opulence of scientists,’ Jannati added.
‘We can’t overlook or weaken such an invaluable wealth,’ he said stressing his ministry’s support to the Fajr Music Festival.